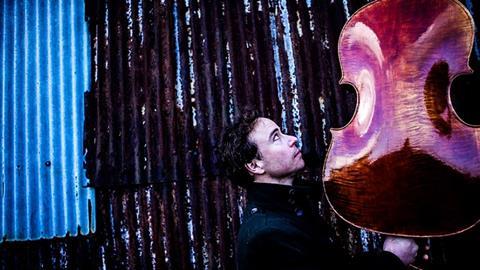 Seventeen years old, Manchester Cello Festival, listening to Boris Pergamenschikow play the Schumann Concerto - struck and thrilled by what I remember calling at the time his 'grainy' sound. It seemed so distinctive, individual, alive with meaning.

A few months later and I was studying with him in Cologne. On a flying visit back to the UK, I went to see my Dad - also a cellist. Following a practice session upstairs, I came down for lunch - 'You sound like a cow in labour. The whole house has been shaking!'

My teenage self in pursuit of its own 'grain'.

Some years later, at university, introduced to Barthes' iconic essay, The Grain of the Voice - 'The 'grain' is the body in the voice as it sings, the hand as it writes, the limb as it performs.' Pouring, surrendering, releasing the cello-playing body - with all of its innate, often unknowable intention - into the making of a cello sound gives it 'grain', gives the sound a meaning beyond the surface preoccupations and phenomena of a piece of music - what Barthes calls the 'pheno-text.'

Barthes again: 'I can hear with certainty - the certainty of the body, of thrill - that the harpsichord playing of Wanda Landowska comes from her inner body and not from the petty digital scramble of so many harpsichordists.'

I encourage my students to bring their 'inner body' - with all of its unplanned, unpredictable, unforeseen authenticity - to the sounds they make. Singing, moving to and through, inhabiting and incorporating the spirit of the music, are well-documented ways to make this connection. It's important, I find, to pay attention to the singing/moving/inhabiting being infused with a quality of 'grain', if that makes sense; for the potential novelty of these tasks not to mean that they come from and remain 'on the surface.'

Some years later, studying singing with Ulla Blom, the notion of 'grain' arose again. Through an engaged body, what she called a 'hooking up' of support (from the pelvis and the genitals) with the physical sensation of the voice resonating in what some people call 'the mask' - that fizzing, buzzing place around and behind the cheekbones, sinuses, eyes - she encouraged me towards creating a 'tone' not just a 'sound'. At the sonic level, this 'tone' was shimmering with upper partials as well as rolling with a free, open resonance. At the level of meaning and expression, it was brimming with intention and therefore inflection - you can't tell a story without either. In my mind, it was Ulla's version of revealing 'the grain of the voice'.

So how do you cultivate 'grain'?

1) You have to know the expressive capacity of your body - so move, dance, run. Do SOMETHING active, something your body enjoys. Bring the wildness, savagery, elation of that physical past-time to your playing and see/hear and accept what arises in your tone.

2) SING! Connect with your pelvic floor, lungs, spine, everything that is the fuel, engine and resonating chamber of human sound. Bring THAT to your string tone.

3) Steps 1) and 2) will encourage risk, humility and a care-free spirit. Bring THAT to your tone and, in the rune-like wisdom of the words of David Mamet, know that 'propriety is all well and good in its place, but its place isn't the stage.' (True and False) Stop sharing 'well-behaved' with your audiences, start sharing 'grain'.

Right now, both art-form and world need fearlessness of voice, expression, sound. The manifestation of 'the grain' in music-making unlocks what Barthes calls 'puissance' and 'jouissance' - 'power' and, well, 'enjoyment' doesn't quite cut it as a translation. It's a kind of joy deeply rooted in the viscera. Share THAT and you will be - literally - laughing.

Listen to Matthew Sharp demonstrating 'grain' in an extract from Errollyn Wallen's Cello Concerto below: