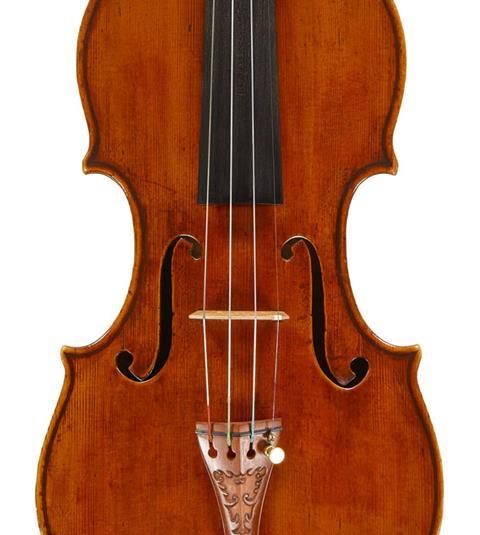 A copy of the c.1731 'Gibson', 'Huberman' Guarneri 'del Gesù' violin has set a new world auction record for an instrument by a living maker.

The copy (pictured), made by US luthiers Joseph Curtin and Gregg Alf in 1985 for Ruggiero Ricci, sold at Tarisio in New York for $132,000 (including buyer's premium). The previous record was $130,000, for a violin by Sam Zygmuntowicz, which sold at Tarisio in May 2003.

Another rare instrument that was owned by Bronislaw Huberman, the 1713 'Huberman' Stradivari, is one of the stars of The Strad's November issue, which is out this week. Subscribers receive a poster of the instrument, complete with comprehensive measurements, CT scans and contour maps.