In focus: a 1622 Brothers Amati Cello 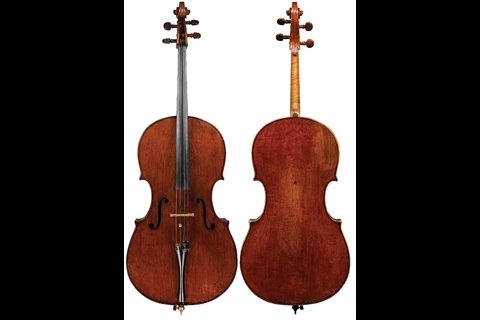 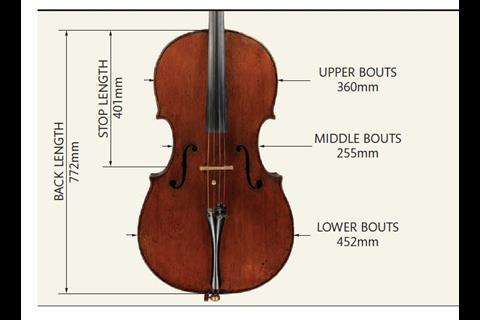 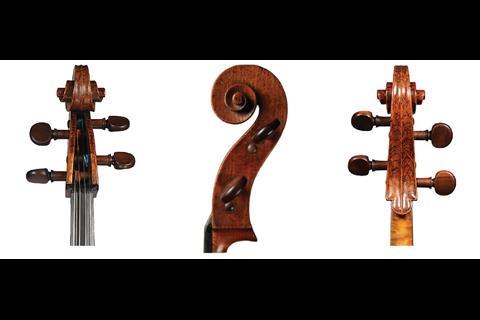 In this article from the Strad’s June 2014 issue, Christopher Reuning examines an elegant masterpiece of delicacy and strength

The Amati family of violin makers spanned four long-lived generations and was active over two centuries. On the death of Andrea Amati in 1577, his sons Antonio and Girolamo inherited the family workshop. Having trained and worked alongside their father, they were well placed to continue the business, maintaining a consistently high and often outstanding standard of production. Antonio left the workshop in the latter part of 1588, possibly on bad terms, leaving Girolamo in charge; Antonio died in 1607 and his brother 24 years later, in 1631.

The Amatis left us with a generous number of magnificent instruments, but the cellos are relatively rare. We know of fewer than three dozen from the entire family, about a third of which were made by either of the brothers Antonio and Girolamo.

This cello bears the original label of the Brothers Amati, dated 1622. It was made 13 years after Antonio had died, but Girolamo continued using the collaborative labels after his brother’s death. In 1622 Girolamo would have been 72 years old, whereas his son Nicolò was 22 and just entering his prime working years. Thus it is reasonable to assume that Nicolò had some hand in the making of this particular cello.

Although the early history of this cello is unknown, we do know it was sold by W.E. Hill & Sons in 1943 to the well-known British cellist and Royal Academy professor Douglas Cameron. Cameron later sold the cello to a student, ‘Miss Earnshaw’ of London. It was next sold in 1972 by Charles Beare to Laurence Lesser, the US cellist and president emeritus of the New England Conservatory in Boston, Massachusetts.

Prior to the evolution of the violoncello as a solo instrument at the end of the 18th century, the Cremonese makers made basso instruments of large dimensions. Like most, if not all, early Amati cellos, this instrument was reduced in its dimensions. This was accomplished by shortening it at the two ends only: it now measures just over 77cm in length. The ribs are very tall, beginning at 12.2cm at the bottom-block and tapering to 11.8cm at the top-block.

The back is made from one piece of plain slab-cut willow and has just one small original wing added to the upper treble bout. The sides and head are made from quarter-cut ash.

The top arching is quite low, while the back arching is somewhat fuller. The broadly spaced f-holes have elegantly formed, tapered wings with subtle fluting that conforms to the low arching. The upper and lower holes are large, as are the curved ‘v’ notches.

The scroll is a sculptural masterpiece of both delicacy and strength. The chamfers are narrow and they set off the well-proportioned head with understated elegance. The volutes are symmetrical and continuous from the front view. From the side view, the crescent shape of the throat is beautifully reflected in the shape of the final approach to the eye. I would imagine that this head, at least, must be the work of the young, ambitious genius Nicolò Amati.