Jean-Jacques Rampal of Vatelot–Rampal Luthiers, Paris, tells Pauline Harding about the challenges of matching musicians with their ideal musical partners 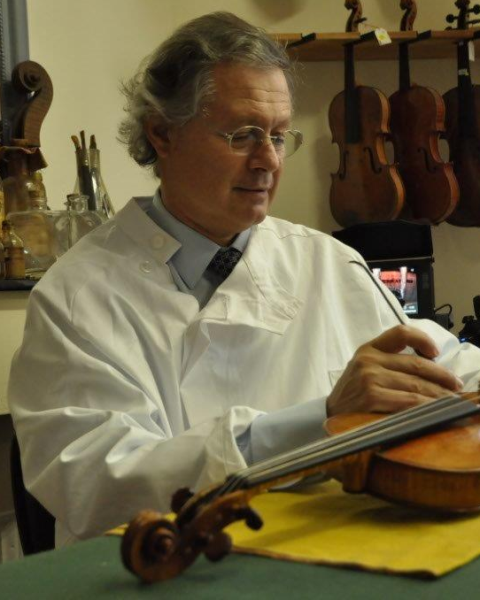 When a musician wants to buy a new instrument, I begin by asking which make they are playing at the moment and why they want to change – do they want more power, or more colour? I also ask if they play chamber music, solo, contemporary, orchestral or Baroque. Then I present them with six or eight instruments – that’s enough to begin with, or they’ll quickly feel lost. After a couple of hours they might tell me that they like one or two of them, and they’ll ask me more about the maker and the school.

Customers’ ideas about what they like can change in a few minutes. They might think they love old Italian instruments, but 20 minutes later find that they prefer something 19th century and French because it ‘feels better’ or has ‘more soul’. Once a lady came to me with a beautiful Joseph Gagliano violin that had been in her family a long time, and told me she wanted a violin with more colour and a richer sound. I suggested she try a Peccatte bow that I had in my workshop (she had a Sartory, which was very strong and stiff). She tried it and the sound was beautiful, so she said, ‘I don’t want to change violin – I’ll buy this bow.’ Sometimes a musician can come to the workshop with one idea and leave with another.

If a musician is finding it difficult to make a decision, I say, ‘Play the same music to me on three different instruments and don’t let me see what they are.’ I go into another room and listen, then tell them which I prefer. It’s important to give a decision without being influenced by anything. Sometimes they ask me to play the instruments to them, so that they can hear it from a distance. This is OK when it’s the violin – the cello I don’t play so well!

It’s rare to find a musician who falls instantly in love with an instrument, but it does happen. A long time ago a French cellist said to me, ‘Jean-Jacques, if one day you find a beautiful Gagliano cello, call me.’ So when I received a fabulous cello by Gagliano he came to my workshop, played it for ten minutes and said, ‘I’ll buy it.’ I said, ‘Please, take your time! Try it for one week minimum.’ Eventually he agreed to take it away to try, but he called me the next morning at 9am and said, ‘I couldn’t sleep all night – I’ll buy it!’ It is wonderful for me when this happens, but very rare. Most of the time musicians take their time and ask a lot of questions.

The Strad's March 2015 issue, out now, looks at how dealers and foundations can help players find their perfect instruments.