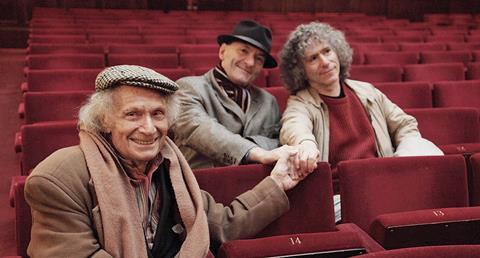 1932 plays to Bronislaw Huberman, who sends him to study in Paris with Jules Boucherit

1934 Arrives in London to study with Carl Flesch

1939—45 Works in a munitions factory during the Second World War, and later in the entertainment unit of the British army

1954 Records Berg Concerto (which wins the French Grand Prix du Disque), as well as concertos by Bartók, Mendelssohn and Tchaikovsky

1955 US debut and ﬁrst concert tour of America

1960 during a performance of the Tchaikovsky Concerto in Havana, Cuba, all four of his strings break and the bridge of his violin ﬂies off

1971 Bruno Maderna writes Piece for Ivry for him

1974 Plays Pavel in the German TV ﬁlm Übernachtung in Tirol

1972 Starts Venice Festival in the south of France

1976 Records the Franck and Debussy sonatas with pianist Martha Argerich

1980 His autobiography, L’âme et la corde, is published in French

1996 Performs at Wigmore Hall to mark the 50th anniversary of his debut there, following many years away from the London stage

2009 Inspiration, a Dutch-made documentary about his life, is released