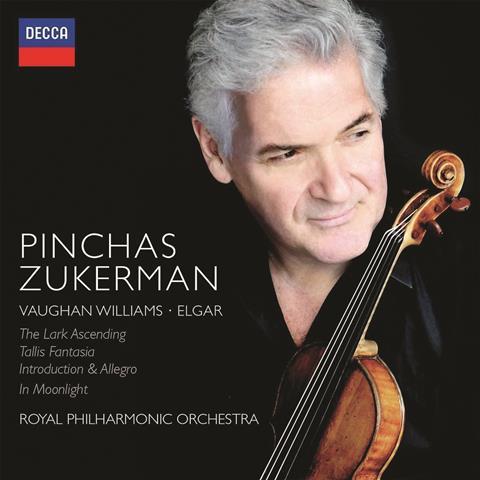 Principal guest conductor of the Royal Philharmonic Orchestra since 2009, Pinchas Zukerman appears on this all-English disc as violinist, violist and director. Returning to The Lark Ascending for the first time in over 40 years, his sound is shining but not blemish-free. A more loving legato would produce deeper beauty, and Zukerman doesn’t quite capture the sublime quality of the lark’s flight, which, according to Meredith’s poem, serves ‘to lift us with him as he goes’. On the other hand, the flute-led central folk-like melody paints an absorbing idealised picture of a wholesome pastoral idyll.

In the Tallis Fantasia, the muted choir of strings sounds wonderfully coloured, though the Poco animato (beginning with the viola solo) could do with a more pliable, psalm-like rubato. Zukerman’s Salut d’amour is less charming than many – take, for instance, Daniel Hope’s recent tribute album to Menuhin (DG) – and In Moonlight (the ‘Canto popolare’ from In the South, here arranged for viola and orchestra by Julian Milone) loses some of its fragile beauty.

This disc of unashamed English classics continues to surprise: while the Serenade for Strings receives a capable performance, that of the Introduction and Allegro benefits from colouring and pacing that take us to a more distinctly Elgarian sound world. This is a handsomely recorded release but the performances are not all equally convincing.