Why do string players often sound so different on disc than live?

Too many string players are unable to take ownership of their recorded sound because they lack an external perspective, says Charlotte Gardner 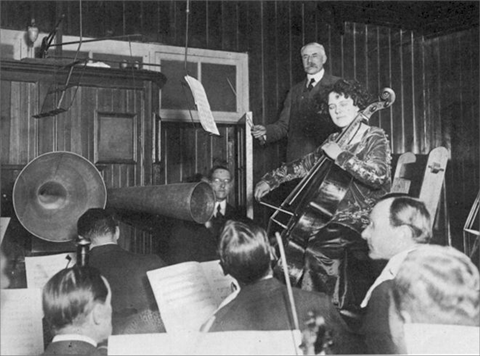 Has anyone ever noticed a discrepancy between an artist’s recorded and concert personalities? I mean artists who have a beautiful tone on disc, but when you hear them live they blow your socks off with their punch and passion; or those who sound bullishly mono-flavoured on disc, but who in concert leave you enraptured by their soft subtleties and dramatic contrasts; or, indeed, artists who sound mellifluous and poetic on disc, but bafflingly bland in real life?

I’ve noticed – and I’m consequently careful to avoid championing young artists widely and unreservedly until I have heard them live. I have always assumed that the problem is to do with album production: the fashion for close miking, and ever greater sound compression.

However, I was recently given pause for thought by a conversation with a young violinist who has just recorded their first concerto for a major label. They told me that they hadn’t been happy initially with the recorded sound, so had taken over at the mixing desk themselves. Impressive.

Should all artists take ownership of their sound when making a recording? And do any – especially the young ones – know enough about the recording process to ensure that what ends up on disc is authentically theirs? I decided to call a couple of the UK’s most respected classical recording producers and engineers for their take on the subject, and their perspectives were fascinating.

While they acknowledged that compression and close miking are issues (though the latter is often a necessity when trying to record a piano concerto in a boomy north London church, for example), they agreed that players knowing their sound and wanting that sound to be faithfully captured is hugely important.

But they have observed a number of problems. String players, they find, are especially critical of their recorded sound. Yet these same performers aren’t able to articulate how they would like their sound to change. They seem unaware of how their instrument sounds to someone who doesn’t have it clamped under their chin or between their legs. Why isn’t this being covered in conservatoire training? Surely artists should be recording themselves on a portable device (at the very least) so that they can hear and understand their sound from an external perspective.

In some cases a recording’s narrow dynamic range may not be due to compression at all, but instead to the artist’s unfamiliarity with basic recording principles: not realising that it’s unnecessary to project back to Row W – that they really can go right down to a true pianissimo.

With a little knowledge, players can take part in the decision-making process. Take cello-and- piano duo, for example. It’s a cracking recorded combination because the instruments occupy the same register and engineers can mike more closely to capture grit and detail. However, such a practice also sacrifices the sound’s big bloom. So which do you prefer: grit and detail, or big bloom? If you’re a period violinist, an engineer may plane your instrument’s rougher edge to make it more palatable to a wider audience. But would you rather everyone take you as you come?

Then there’s the post-production editing process: we live in times so technologically advanced that it’s possible to swap one demisemiquaver for another. Is this providing audiences with sanitised performances and thus fostering unrealistic expectations?

Recordings are essential to any artist seeking critical and popular attention. I’d love to experience a world in which all artists enter their careers courageous enough to own their ‘heard’ selves; a world geared to celebrate artistry over perfection.