Can a music stand destroy a performance?

Naomi Yandell makes a plea to school music departments for a common-sense approach to performance ‘details’, such as the big black music stand 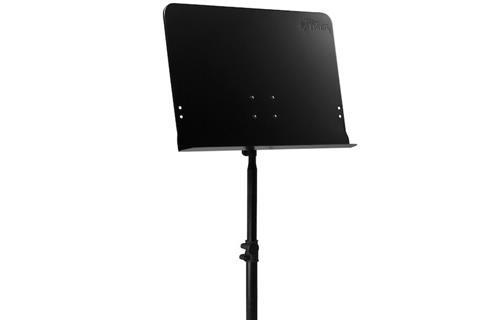 As is the case for most teachers, many of my students are asked to perform at end-of-term school concerts. While I try to get along to as many as possible, I can’t be at every one, much as I’d like to be.

As post-performance conversations are valuable, I ask the parents of the students involved to video each rendition if they can, and bring the recording along to the next lesson. The student and I then watch it together and discuss what might have worked better, or what we need to focus on in the future.

Recently, one video proved to me that certain aspects – often dismissed as ‘details’ – can make all the difference to the bigger picture.

I had an inkling that something was awry when the student’s mother apologised about the recording in advance. It wasn’t as good as she’d have liked, she said, somewhat embarrassed.

On viewing it, however, there was nothing wrong with the sound quality (or too problematic with the playing). The issue was that my student was obscured throughout by a large black music stand.

I could only see the very top of her head, and if she hadn’t stood up to take her bow at the end, I wouldn’t have known who was playing (but for a familiar hairgrip). When I asked the student about this, she said that the music teacher had placed the stand there for her.

She had taken the trouble to get up to move it to the side, but the music teacher had stepped in once more and (helpfully, as he thought) put it back directly in front of her. My student, then only ten years old, decided that she’d better just get on with it.

these stands stop teachers from seeing what their students are doing, so that bad playing habits may go unnoticed and therefore uncorrected

These stands are large, metal and black. They are convenient for school music departments, being robust and storing neatly; but they don’t do the communicative performance of music any favours, especially when it’s played by small students. Of course, it would have been better if my student had played from memory, but this, although desirable, isn’t always possible for various reasons.

There are further associated issues when it comes to using these stands. If children learn with them from a young age they get used to feeling secure behind them – separated from their audience by a physical barrier. Such a set-up leads to a lack of direct eye contact, either with the accompanist or with the audience, and can be hard to address later because habits formed at an early age tend to be strong.

In the teaching room, these stands also stop teachers from seeing what their students are doing, so that bad playing habits may go unnoticed and therefore uncorrected. Not only that, but performing from memory becomes super-scary without the security of a barrier. 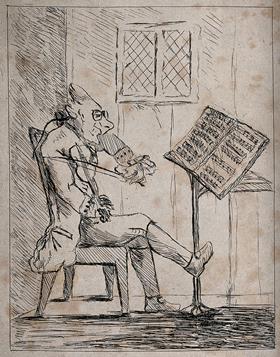 I have taken to carrying a folding music stand in my teaching bag. It is an encumbrance, but I feel it is worthwhile as these types of stand are rarely available in schools – and, if they are, they are often missing some vital screw.

I thought I was unusual in this respect, but recently I attended a chamber music class with a friend and, observing his intense irritation at the use of the ‘barrier stands’, I realised that I wasn’t alone.

We were watching a young string quartet play. He had recently given the quartet a one-off coaching session where a lot of focus had been given to playing as an ensemble. Unfortunately, the school hadn’t heeded his advice to use smaller folding stands, and none of the players could see each another (or their bows).

The resulting performance was as you would expect – disappointing. It was particularly frustrating because the problem had been flagged up earlier. You would have thought that the school would have acted on this; after all, how many professional quartets do you see playing with such stands?

To return to the video that I referred to earlier: I wasn’t able to see which chair my student had been given to sit on. For all I know her feet may have been dangling – another ‘detail’ that makes a huge difference to the long-term development of a young performer. But please don’t get me started on that.