Performance improves when exposed to audiences – even imaginary ones

Students and parents alike need to understand that a good performance has to be developed and nurtured from the earliest stages, argues Naomi Yandell 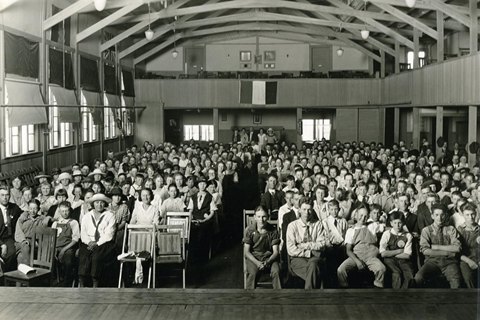 How did it go?’ I asked one of the students at school who’d just performed at a recent informal lunchtime concert. ‘It was OK,’ came the answer. ‘But I rushed the bit in the middle’.

‘Never mind,’ I replied. ‘You have a chance to improve on it in the evening concert next week.’ He looked horrified. ‘But I don’t want to play it again. I’ve done that piece!’ He was convinced that if he played the piece again in public his friends would imagine that this was the only thing he could play.

When I mentioned this reaction to other teachers in the music department they agreed that we needed to do more to teach about ‘growing performances’; many students (and parents) need education on this point. Just imagine a professional performer playing a piece once in public and putting it away as ‘done’.

In another conversation with a music examiner I explained that I, and other teachers I know, occasionally enter students twice for higher-level exams – especially if there is a lot at stake for their futures. I have never known a first mark to be better than the second: the added experience invariably enables students to identify any problem areas and bring their performance to a higher level. The examiner was aghast. She counted this as failure and even implied that it was a form of cheating because it favoured wealthier candidates. Of course, I accept there are candidates for whom this wouldn’t be possible (and a mock exam can work just as well); it is the ratcheting up of pressure that is important.

These attitudes ultimately stem from students and parents hearing professional musicians play at concerts and not realising that there is any kind of process behind the growing of that performance. Instead they seem to believe that musicians are able to play the whole repertoire perfectly and to their complete satisfaction at the drop of a hat. They aren’t aware that even the greatest musicians often build up their programmes gradually. They may give low-key living-room concerts or recitals to invited audiences in smart high-class salons before playing the programme in public.

How to communicate the importance of this better? I favour encouraging this mindset early in the learning experience, as with the development of good stagecraft (as I argued in The Strad, September 2016). After all, practising the performance of a piece is very different from practising a piece. It is helpful for teachers to earmark for ‘growing’ one work that the student particularly likes – maybe explaining to the parents that it needs time and creativity to develop a performance, much as it does to make good wine.

Enthusiasm for practising the performance of this piece can be encouraged at home. If the student is very young, and this is ideal, introducing the idea of lining up their toys as the audience tends to appeal. Parents can even talk ‘through’ a favourite toy to give gentle feedback. Pets are also helpful for providing a friendly, safe and non-judgemental audience. Family and friends can be drafted in as the next level, with playing to the class in school as a follow-up. In this way the student learns to develop listening skills as they perform and to use the language of evaluation.

As the student grows more advanced it is a good idea to encourage listening to different performances of the same piece on YouTube or Spotify; this will enable them to appreciate that there are myriad ways to produce a good performance. Most importantly they (and their parents) should be able to tell that their own performance piece improves, and will learn not to rush to say, ‘I’ve done that piece!’

This article appears in the April 2018 issue of The Strad