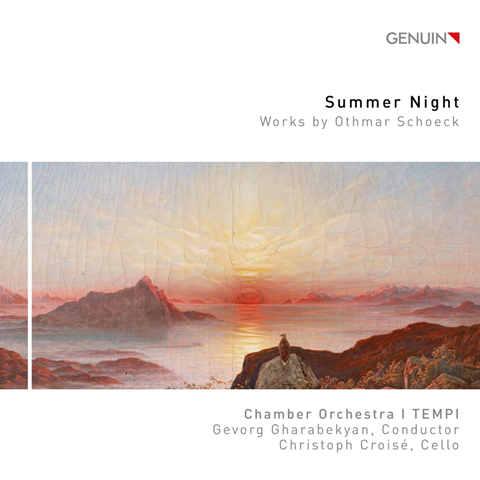 Swiss cellist Christoph Croisé has won a string of competitions, including the 2016 Schoenfeld (Harbin, China) and 2017 Berliner International, and made his Wigmore debut last October. This is his second CD, a collaboration with the Basel-based I Tempi, a chamber orchestra that plays all its repertoire, from Baroque to contemporary, on ‘historically appropriate instruments’.

Croisé plays his usual 1712 Goffriller in the Schoeck Cello Concerto, a work written, like the other two string-orchestra pieces included here, in the immediate postwar years when the composer took on a more tonal idiom after his dissonant and astringent works of the 1920s and 30s.

Croisé captures the autumnal aura that surrounds the concerto’s four movements with seamless subtleties of tone colour and yet gives plenty of edge to its more energetic writing. The ensemble playing of the accompanying I Tempi has a richness that extends into the five-movement Suite – a gently lyrical work with a Prokofiev-like march at its heart – and the dreamy idyll of Sommernacht, inspired by a Gottfried Keller poem of harvesters at work. The Swiss Radio studio recording is sumptuous in its depth and translucence.