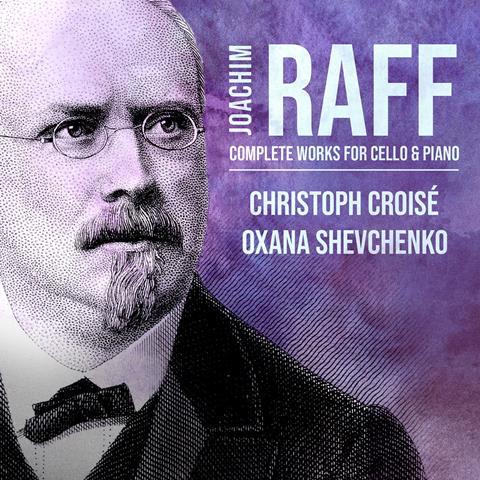 Joachim Raff (1822–82), one-time assistant to Liszt in Weimar and disciple of Wagner, is today remembered, if at all, for his small-scale compositions rather than for the operas and symphonies that made his reputation in his lifetime. He wrote with fluent abundance in a somewhat generic Romantic style, making his distinctive musical fingerprints hard to pin down, despite clocking up almost 300 opus numbers.

His works for cello and piano date from between the 1850s and 1870s and combine a lyrical ease with amenable harmonic turns of phrase: ‘charm’ was the word that came to mind most often while listening to this warmly recorded collection from Swiss–French–German cellist Christoph Croisé and Kazakh pianist Oxana Shevchenko.

Croisé is a sensitive player, sometimes perhaps too sensitive as he seems to be holding something back in his playing of the early pieces, the Duo and pair of Fantasie-Stücke, with a veiled tone and smooth bow work that often sound as if hiding behind Shevchenko’s mellifluous piano playing. The same applies to the Two Romances, which were originally written for horn so feel cramped in melodic register, but the subsequent sonata is worthy of its title and its greater musical rigour and sturdiness inspire the most open, robust playing from Croisé on the disc.