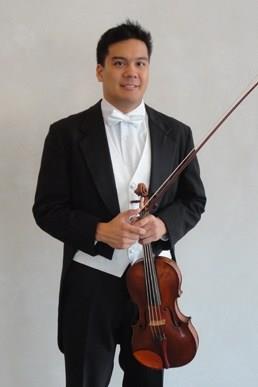 The Chicago Symphony Orchestra has appointed two new members to its viola section.

Sunghee Choi joined the orchestra last week for its US tour with music director Riccardo Muti. A member of the Lyric Opera of Chicago orchestra viola section from 2013 to 2015, Choi was also a member of the Grant Park Music Festival Orchestra from 2011 to 2015 and a regular substitute with the New York Philharmonic and the Philadelphia Orchestra. Currently studying for a doctorate at Rutgers, State University of New Jersey, she is a graduate of the Seoul National University and New England Conservatory of Music.

Youming Chen (pictured) joins the CSO’s viola section in February 2016 from the Kansas City Symphony, where he has served as associate principal viola since 2013. A graduate of the University of Michigan and The Juilliard School, he is also a member of the Grant Park Music Festival Orchestra, and was principal viola with the Juilliard Orchestra in 2005.