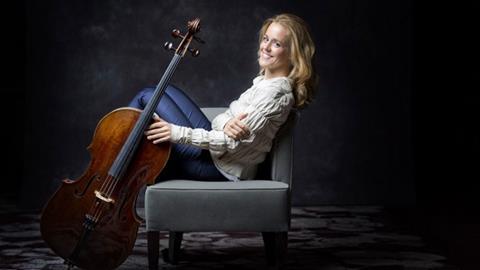 The Deutsche Phono-Akademie (German record industry) has named the 57 winners of its 2016 ECHO Klassik awards, honouring 'the most successful and outstanding achievements' of German and international classical musicians over the last 12 months.

Among the string players recognised by the industry are Sol Gabetta (pictured), who wins the Instrumentalist Cello title for her Vasks 'Presence' recording on Sony Classical, and Pinchas Zukerman, who takes home the Instrumentalist Violin prize for his recording of Vaughan Williams and Elgar on Decca. Newcomer Violin and Cello awards go to Yury Revich and Edgar Moreau respectively.

The Berlin Philharmonic wins one of three Ensemble/Orchestra awards for its recording of Sibelius' Symphonies 1-7, released on its own label, while the John Wilson Orchestra receives one of three Classical without Borders prizes for 'Cole Porter in Hollywood' issued on Warner Classics. Jordi Savall and Le Concert des Nations, Nikolaus Harnoncourt and Concentus Musicus Wien, and Teodor Currentzis and MusicAeterna receive Symphonic Recording prizes.

Among the Concerto Recording winners are violinists Janine Jansen and Vilde Frang, and cellist Christophe Coin, while Chamber Music Recording awards go to the Hagen, Artemis and Belcea Quartets.

Read: ‘Playing the viola is greatly beneficial to all violinists,’ says Pinchas Zukerman