Four finalists will compete for $10,000 top prize on Tuesday evening 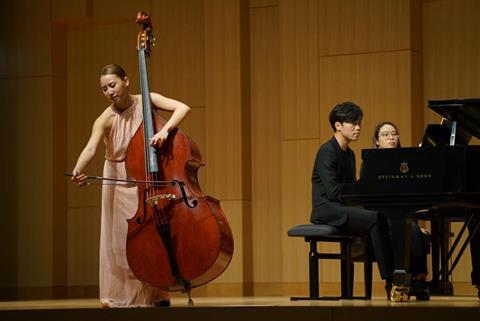 Mikyung Sung performs in the recital round with pianist Jaemin David Shin. Photo by Jack Unzicker

The four will perform with orchestra on Tuesday 5 September at 7:30pm (CT), and the final will be streamed live on the foundation’s Facebook page. An online poll will be used to decide the audience favourite.