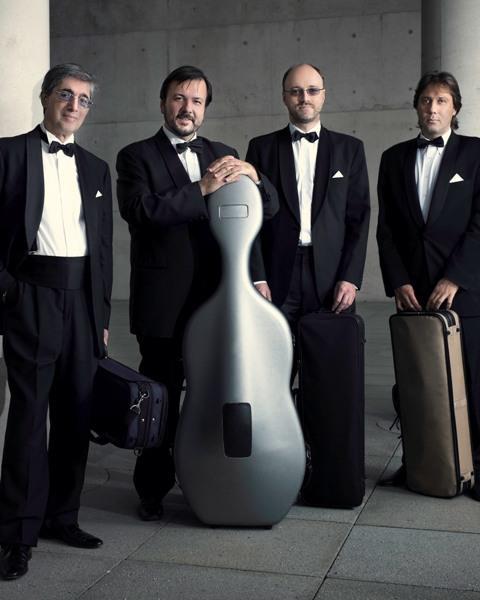 The Borodin Quartet has added to its landmark 70th anniversary year celebrations in 2015 by signing to Decca Classics. The ensemble will make a series of recordings of music by Shostakovich, including the composer’s complete works for string quartet. The first disc – of the String Quartets nos. 1, 8 and 14 plus the Two Pieces for String Quartet (Elegy and Polka) – will be released on 23 March; further discs will include the remaining String Quartets 1–15, the String Quartet Movement in E flat major ('Unfinished Quartet'), the Piano Quintet in G minor, op.57, and Podrugi ('Girlfriends') for string quartet, trumpet and piano.

The ensemble has a unique historical connection to Shostakovich: the composer personally supervised the quartet's study of each of his quartets. The current players are Ruben Aharonian, Sergei Lomovsky, Igor Naidin and Vladimir Balshin.

Decca Classics managing director Paul Moseley said: 'The Borodin Quartet is probably the world’s oldest quartet, and though the personnel has inevitably changed, its sound and style remain unique. In 1962 Decca made its first commercial recording in the West and now we are delighted to announce its first complete digital Shostakovich cycle. Thanks to the composer’s personal involvement with the original players, the Borodins’ performances of his work are still unrivalled in both their authority and their intensity.’

The quartet will mark its milestone anniversary with a year-long international tour, including four concerts at Wigmore Hall and performances at Amsterdam’s Concertgebouw, the Konzerthaus Berlin, Frankfurt’s Alte Oper, City Hall in Hong Kong, the Moscow Conservatory, the Kimmel Centre, Philadelphia, Vienna’s Musikverein and the Warsaw Philharmonic Concert Hall. The quartet will also take part in the Bergen, Dvorák Prague, Istanbul, Tokyo Spring, Rheingau and Schleswig Holstein festivals. Music by Shostakovich and Beethoven – composers with whose music the quartet is closely linked – will feature prominently in the programmes.

Read the Borodin Quartet in interview in the July 2015 issue of The Strad.