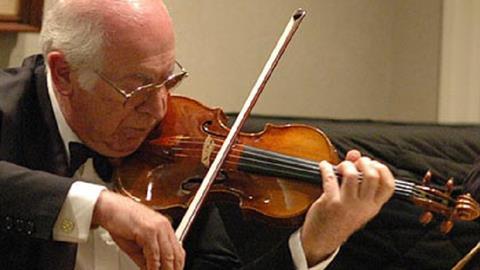 Bartók String Quartet founding violinist Péter Komlós has died at the age of 81.

Born in Budapest in October 1935, Komlós studied at the  Liszt Ferenc Academy of Music from 1950 to 1956 with Bihariné Kádár Klára, Ede Zathureczky, Leó Weiner and Béla Katona.

In addition to his chamber music commitments, Komlós served as concertmaster of the Hungarian State Opera Orchestra between 1960 and 1989 and became a professor at the Liszt Ferenc Academy of Music in 1982.

He performed on a 1731 Stradivari violin, on loan from the Hungarian government.