The chamber music of Grace Williams 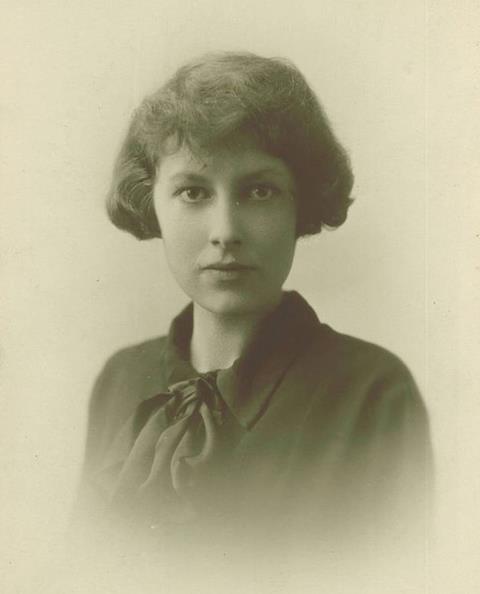 I first discovered Grace Williams’ Violin Sonata, in manuscript form, when researching violin music by Welsh composers at Ty Cerdd, the Welsh Music Information Centre, in Cardiff. Subsequently performing the work at the first International Women’s Work in Music conference in Bangor, UK, convened on the 40th anniversary of the composer’s death, led to a discovery, through the National Library of Wales, of the other works on this album, all unpublished.

It was revealing to see that in 1957 the composer had revisited her manuscripts, writing ‘not worth performing GW’ on the frontispiece of several of her chamber works. Her highly self-critical nature perhaps explains why her work has been unjustly neglected, with none of these works recorded until now, even though she is widely regarded as Wales’ foremost female composer.

Grace Williams was born in Barry, near Cardiff in 1906 and died there in 1977, aged 70. She learnt violin and piano, accompanying her father’s choir at a young age and developing her interest in composition at school. In 1923 she won the Morfydd Owen scholarship to Cardiff University and from 1926 to 1930 she studied at the Royal College of Music (RCM) in London with Ralph Vaughan Williams and Gordon Jacob, along with fellow students Elizabeth Maconchy and Benjamin Britten, both of whom became life-long friends.

Williams and Maconchy formed a composers’ club at the RCM, encouraged by Vaughan Williams, who exerted a profound influence on Grace until his death in 1958. In 1930 Williams was awarded a travelling scholarship to Vienna to study for a year with Egon Wellesz, who wrote of her ‘remarkable gifts as a composer’.

Williams wrote her sole Violin Sonata in Vienna in 1930, revising the first movement in London in 1938. The composer later wrote on the manuscript, ‘2nd mvt worth performing, 1st & 3rd not good enough’, and it was only recently published. The strongly rhythmic first movement and vigorous finale show some influence of Bartók and Shostakovich. Fourths abound, and the work ends with a virtuosic coda for both instruments. The slow second movement can stand on its own and has been published separately. It is more in the vein of Vaughan Williams, using a heartfelt folk tune.

Grace Williams stated that her favourite instrument was the trumpet. She loved its brilliance and also its lyrical potential, and it is interesting how she incorporated it into her two major instrumental chamber works, rare in such music apart from Saint-Saë ns Septet for piano, trumpet and strings. The Sextet of 1931 for oboe, trumpet, string trio and piano is a substantial work, virtuosic in places, the third movement, which the composer thought the best, has similarities with Britten, whom she met at the RCM in 1930.

Although Williams uses both wind instruments in a solo capacity, all the instruments have their moment in the spotlight. The first movement, Allegro, is framed by a slow introduction in alternating three and four time, which returns at the end with cello pizzicato and the melody now molto espressivo.

The second movement is an extended scherzoand trio, the end of the scherzo marked by answering trumpet and oboe phrases, followed by a viola solo leading into the slow trio in G sharp minor, the violin tune then taken up by viola and cello, with a solo trumpet fanfare leading back to a repeat of the scherzo.

The Andante tranquillo opens in the character of a slow march, the muted trumpet giving this third movement a more subdued timbre, with a more rhapsodic middle section in three time. The last movement, in the style of a tarantella, is a resolute and lively dance on a grand scale, shared among the ensemble, quite often marked con fuoco.

The Suite for Nine Instruments, written three years later in 1934, shows a more modern, astringent, possibly Stravinskian style, quite minimalist, making frequent use of ostinati and the tritone B–F, as observed by Britten in a letter he wrote to Grace after he heard the BBC broadcast of this work in 1935. Britten also described the exciting wind passages in the last movement.

Grace Williams wrote to Britten: ‘I find the whole thing more satisfying than anything else I’ve done.’ It’s a strong, dramatic work with an atmospheric slow movement hinting at Bartók’s Night Music. It was a difficult time for women composers to obtain performances, and the instigation of a chamber concert series for contemporary British music by the violinist and pedagogue, Anne Macnaghten, and the conductor, Iris Lemare, along with Elisabeth Lutyens, was very important. The Suite was performed in the Macnaghten-Lemare Concerts in the 1930s and can also be performed by Chamber Orchestra.

The Rondo for Dancing for two violins and cello accompaniment was composed in 1970, at the time Grace Williams was working on her largest work, the Missa Cambrensis for choir and orchestra (1968–71). The spirited Rondo was published by the Guild for Welsh Music in 1972, as part of an album of violin teaching pieces.