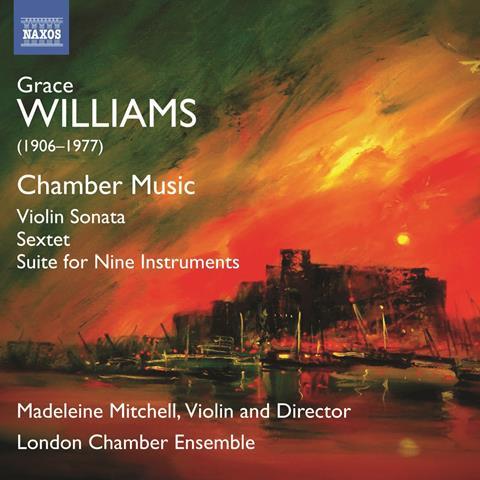 One of Wales’s leading composers, Grace Williams has her champions on home ground – not least the BBC National Orchestra of Wales, which mounted her large-scale Missa cambrensis (‘Welsh Mass’) in 2016 – but this disc, comprising six premiere recordings, is a chance for her music to reach a wider audience.

Mitchell and Konstantin Lapshin give an attractive account of the Violin Sonata, with its rhythmical outer movements (though the third also has an engaging, at times gnarly, substance) and a slow movement whose modality and parallel harmonies recall Vaughan Williams, one of Williams’s teachers along with Egon Wellesz. There are occasional passages where Williams is not at her most inspired, prompting both violinist and pianist to sometimes lose impetus too.

The four-movement Sextet is varied in texture and mood and culminates in a folk-like (but distinctly un-Italian) tarantella; it receives a sparkling performance from the ensemble assembled. The Suite for Nine Instruments is perhaps the stand-out work, bold in style with a Façade-like crispness and an atmospheric Andantino that borders on the mystical.

A trio of smaller-scale pieces nicely fills out the programme, even if the two-minute, early-Classical pastiche, the Rondo for Dancing, seems an insignificant work. The recording is clear and up-front though the acoustic is relatively dry.