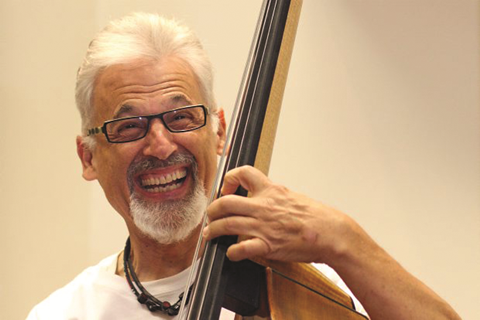 The following is published as part of a larger ‘Sentimental Work’ interview with Gary Karr in The Strad’s February 2018 issue. To read further, download now on desktop computer or via the The Strad App, or buy the print edition

… Another reason why I have a special relationship with Koussevitzky was that I played his double bass for most of my career. My debut recital in 1962 was attended by his widow Olga, who was invited by her friend, the singer Jennie Tourel. Halfway through, she whispered that she could see the ghost of her late husband on stage next to me, and that he had hugged both me and my instrument!

Next day, she phoned me and said in her thick Russian accent, ‘Hallo, zis iz Mississ Kouzevitzky.’ I said, thinking it was a joke, ‘Yeah baby, I’ll bet!’ All the same, she invited me to her apartment and presented me with the bass her husband had owned and performed on throughout his career. It became my main performing instrument until 2004, when I donated it to the International Society of Bassists.

To read the full interview with Gary Karr in The Strad’s February 2018 issue, download now on desktop computer or via the The Strad App, or buy the print edition