A history and anatomy of Beethoven's 'Kreutzer' Sonata

The dedicatee of Beethoven's 'Kreutzer' Sonata considered it so impenetrable that he never even played it. Rok Klopčič untangles some of the difficulties of this much-loved work 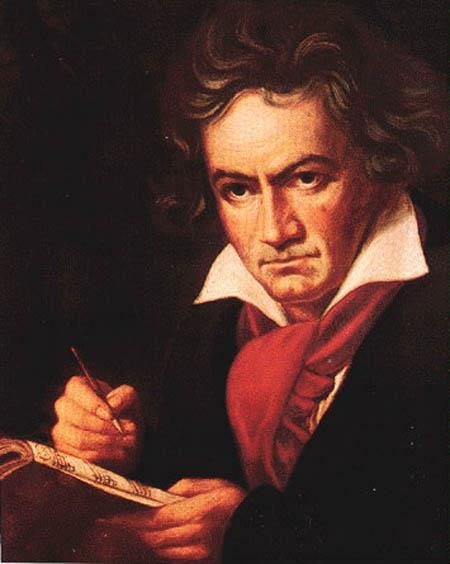 This article was first published in The Strad's April 2004 issue.

Among sonatas for violin and piano, I cannot think of any whose existence is accompanied by more bizaree stories, or whose interpretation poses as many problems as Beethoven's Sonata no.9, the 'Kreutzer'.

To understand the title 'Kreutzer' we must know the circumstances of the first performance: this sonata was written for violinist George Augustus Polgreen Bridgetower. He gave the premiere with Beethoven at the piano in Augarten, just outside Vienna, on 24 May 1803, at eight o'clock in the morning. Afterwards, they apparently quarrelled and the composer decided to dedicate the sonata to Rodolphe Kreutzer, author of the famous violin studies, whose 'allegro playing was characterised by strong sound production, and wide bowing' (according to Ernst Ludwig Gerber, in Millant, Raffin & Gaudfroy's L'Archet), but who 'apparently disliked the too frequent short bowings (détaché and spiccato) and this may perhaps explain why he never played the sonata that Beethoven dedicated to him' (Bernard Gaudfroy, also in L'Archet). According to Berlioz, Kreutzer considered Beethoven 'unintelligble'. However, his name in all the unfairness of history, remains linked to the sonata.

Every violinist who has ever performed the 'Kreutzer' Sonata recognises the lack of equipoise and symmetry between movements of this work. In the words of Charles Rosen in his book, The Classical Style: 'Beethoven never again presented such a hybrid as one work. The finale... seems inadequate... the beautiful slow movement belongs to a totally different style,' while, 'the first movement [is] unequalled in formal clarity, grandeur and dramatic force by anything that Beethoven had yet written.'

The composer himself was fully aware that in order to create such a tremendous energetic drive he had to use the rich arsenal of virtuosic elements in both instruments, the elements which reach beyond the usual boundaries of a sonata into another form. Indeed he proclaimed this in the title of this sonata '...in uno stile molto concertante come d'tut Concerto'. 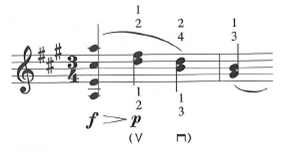 The presto starts with ™©s which here and at the beginning of the reprise present one of the eternal problems of the movement: should they be played martelé or spiccato? At his extreme tempo Heifetz cannot play anything but spiccato and so do a few others, yet the general trend goes towards martelé (and not too fast a tempo). We have a similar sequence of ™©s in the coda: here everyone appropriately changes to détaché (usually in bar 539). From bar 542 to bar 546 the violin has a series of octaves with two sforzandos in one bar. They are marked in the first bar only: I believe they should be applied to the whole series of octaves, although no edition I know of suggests it (example 1).

The first solo of the presto ends on a four-part C major chord (bar 27): the highest note is prolonged by a fermata. Such a long note played on an open E string sounds rather bland, if not outright jarring. Different violinists have solved the problem by breaking the chord in such a way that the upper E can be played on the A string. Heifetz's solution will not be praised by purists, but secures an appropriate resolution of the preceding G major chord: for the whole duration of the open E he plays a C on the A string. But then there is truth in Menuhin's view that, 'open strings... can be made to sound beautiful'. Example 2 shows the different solutions. 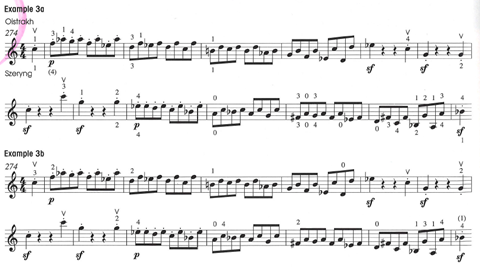 For the second (example 5, below) we have two choices: the modern one, contracting the fourth finger when shifting gradually downwards (Oistrakh) and the traditional one, with a direct change of position shifting on the second finger (Szeryng) which should be an anathema to every 'educated' violinist. However the traditional fingering is definitely better: in such quick passages it is much more secure (and clean) to move the whole hand centred around the second finger rather than twisting it in the progression from first finger to the fourth. Beethoven's legato is shown with the dotted lines giving bowing suggestions by Oistrakh (above) and Szeryng (below).

At the end of the exposition all this energy culminates with brilliant élan first in the piano (accompanied by strategically placed violin pizzicatos) and then in the violin. Here we face another of the eternal problems of this sonata: in bar 165 Beethoven's manuscript contains a G sharp. However, most violinists are of the same opinion as Oistrakh, who states in the note to his edition: 'By analogy with the reprise one usually plays G natural.' In this presto there is only one section that brings introverted, calm tranquility to the exposition and reprise: its melancholic sadness imparts beautiful contrast to the whole dashing movement.

Vincent d'Indy, according to Cobbett's Cyclopedic Survey of Chamber Music, was of the opinion that the first movement's 'terminal development... has but slight interest'. I could not disagree more: in the last Adagio before the end (bars 574-582) Beethoven lets the violin and piano exchange the short motif that is one of the jewels of his creations for violin: a short yearning phrase of sorrowful resignation which is in stark contrast to the brilliance of the whole movement and, in retrospect, explains and illuminates it. In case of doubt, listen to Heifetz's rendering of it (RCA).

After such a magisterial first movement any second movement would have difficulty in holding its own: a fact acknowledged by many. However, in this beautiful Andante con variazioni that Rosen describes as 'elegant, brilliant, ornamental, and a little precious', among the four variations there are two that can, in their novelty, be compared to the new and exciting world that Beethoven has created in the first movement. The second variation presents an uninterrupted flow of

s in a virtuoso vein. Any qualms about articulation are solved by Beethoven's marking in bar 16: staccato. There can be no doubt that the following bars until the return of the beginning (bar 20) should be played sautillé. The rest of the variation therefore should be played on the string, with a very short détaché, remembering the words of Galamian who wrote: 'The short détaché can often very successfully replace the sautillé.' The highly exposed scales at the end of both repeats can then be played sautill

The other innovative variation of the movement is the third, Minore, which after the virtuosity of the preceding variation is an expression of heavy melancholy and bitterness. Here we can admire Beethoven's extreme sensitivity to the expressive power of dynamics: in 27 bars we have exactly 30 dynamic markings (as well as two espressivos). This dynamic richness calls for a detailed study of vibrato and consideration of the right mixture of bow pressure and bow division.

The finale is the Presto, written in brilliant style. Szigeti and Rosen - among many others - call it tarantella. Why, is beyond me: this movement is far from being a dance - the only common characteristic would be the 6/8 time signature. It is practically built with two rhythmical elements: triplet ™ªs and the characteristic ™© ™ª figure. The only way to play the triplets is sautillé (détaché in forte), while the ™© ™ª figure is realised by a reflex movement (Percival Hodgson would say 'hook bowing'). In this tempo the difference between ™© ™ª and

is so small that it can hardly be heard: Szigeti's admonition to take care to play the proper thing should be taken with a pinch of salt - or not at all.

Finally, a suggestion for correcting the original Beethoven score: in bars 311 and 513 for the sake of clarity and the logic of the sequential buildup it would be perhaps better to move the forte from the original first to the second beat. Heifetz changes the bowing from sautillé to détaché on the second beat and Szeryng clearly marked these slight corrections in his own score, (example 6, the bracketed forte being Szeryng's).

The 'Kreutzer' Sonata presents an abundance of problems to every performer: I hope these ideas will help in stimulating the right solutions - without encroaching upon the individual musical approach to this brilliant, emotionally rich and romantic Beethoven score.