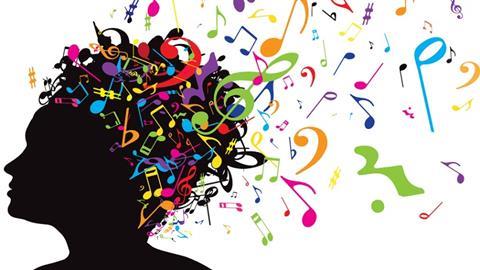 Make a positive formulation of what you want to achieve. Then imagine in great sensory detail what your evidence would be for having achieved it completely. What images, sounds and physical sensations would be the signs of a perfect outcome? Be the Steven Spielberg of your own internal movies: watch and hear yourself performing like a true expert. Then imagine stepping into your own skin and feeling from the inside what it’s like to do it perfectly.

When you visualise yourself playing a note that typically feels tense whenever you actually play it on your instrument, it is striking how your finger or hand will tense up in exactly the same way as if you were playing it, even if you are simply picturing it, without using an instrument. The benefits of visualising yourself playing that note with a relaxed hand or finger are obvious: when you are mentally picturing yourself playing, you are accessing the same ‘programme’ that drives your playing when the actual violin is under your chin. Changing this programme through mental rehearsal has exactly the same effect as changing it through practising. When you are practising, you run a series of pictures through your mind as you play, and it is changing those pictures that changes the way you play. Accessing the ‘inner operating system’ through mental rehearsal, however, goes straight to the root of the issue with the most amazing ease and speed when compared to the experience of actually playing.

Mental practice is effective and is something you can also do on your way to the office. You can clarify technical details by playing the music in your thoughts, plan phrasing and go through the actual performance situation. This work requires a lot of concentration, but brings great results. Just 10 to 15 minutes daily is enough.

Mental imaging plays a major role in the sports world and is outlined thoroughly in C.A. Garfield’s Peak Performance. He states that ‘mental rehearsal increases concentration through deep relaxation, which erases thoughts and feeling from the mind and body. Once this is achieved, the mind can be compared to a blank screen upon which we project the moving images that will direct our athletic actions’. Once you are in a state of deep relaxation you will run through your mind very detailed scenes of your ideal performance. Visualise every movement: picture the stage and how you walk out holding your instrument, feel the warmth of the lights and your confidence as you bow and the audience applauds. Sense the response of the bow on the string as you begin the opening piece, hear how your sound projects and the sense of hush that falls over the audience, play through the entire programme in your mind’s eye. The actual physical movement of the muscles is not necessary to teach the body. Mental training can be a very effective tool in learning how to achieve performance goals.

To turn around the negativity, I visualise positive scenarios. Sometimes visualising a passage going correctly before it happens can really help – just like a basketball player, as he takes the shot, imagining the ball going through the net. There have been psychological studies, which have found that going through the physical process of making yourself smile actually tricks your body into feeling happiness. It seems like the cart before the horse, but I have read that it works. So by the same token, if you can project an image of confidence on stage, you will start feeling more confident within yourself.