How to encourage instrumental practice at home

Parents and teachers alike need to encourage pupils to practise their instruments at home, and there are many ways of going about it, says Royal Northern College of Music senior lecturer in education Philippa Bunting 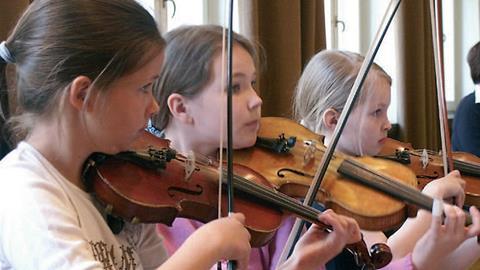 There is one particular subject  that can strike fear into the hearts of teacher, pupil and parent alike. Yes, ladies and gentlemen, it’s the P-word: practice.

Just listen to the voice in your head that asks, ‘Have you practised today? Have you done enough?’ Is it a friendly voice? Does it ask you that killer question knowing full well there will be a confident, happy, positive answer? Or does it just wag its metaphorical finger and turn sadly away?

The Oxford English Dictionary gives three main definitions of the word ‘practice’. The first is: ‘The actual application or use of an idea, belief, or method, as opposed to theories relating to it.’ That sounds pretty handy. Roughly translated, it means: ‘I’ve shown you how to do it, you’ve demonstrated that you understood it in the lesson, so go home, stop talking about it and do it.’

The second reads: ‘ The customary, habitual, or expected procedure or way of doing something ’. Translation: ‘Do it because I say do it, your parents say do it, and because it’s part of the deal.’ And the third: ‘Repeated exercise in or performance of an activity or skill so as to acquire or maintain proficiency in it.’ Yes, you got it – ‘Do it because otherwise you won’t get any better. And then there won’t be any point, will there?’ Job done, over and out.

In the ever-crowded lives of our children, and in the absence of a chance to get it done during the school day, practice is usually going to be either among the first or last of the day’s torments. Wake up early and get practice done before school, or fit it in around homework – either way it’s probably not going to be popular. Call it ‘playing at home’ and in all but the very early stages you are dancing round the issue, potentially inviting the kind of pointless, clock focused activity that achieves next to nothing. Call it ‘homework’, and although it falls into line with the stuff set by school, it’s not the word musicians usually use.

Then there's the issue of parental involvement: to supervise or not to supervise? Sometimes it can really help, and at other times it can induce the kind of complete meltdown that does nobody any good. I’d say that the most important way for parents to help is to make it as easy as possible for the child to get started. Ensure that the instrument is readily accessible (not in its case on top of a high cupboard). Then gently remind the child to begin – and if necessary, what to begin with. It may be hard not to interfere, but in the end the practice has got to be self-sustaining, and that means being able to keep going even once adults are out of earshot.

If parents want to be involved, what should they say to their children? It’s a tough question for parents who feel completely at sea when it comes to the instrument, or music in general. I think the same things are useful coming from musical and non-musical parents alike, and they aren’t any variation on, ‘You’re doing that wrong.’ What’s more helpful is something like ‘How about playing that again – I really enjoyed it.’ Or ‘What a great piece!’ or ‘What a beautiful sound you make’ (preferably not delivered in a tone of ‘what big teeth you have, Grandma’ at the end of the day).

Practice puts a huge onus on parents, but also on us as teachers, even though we aren’t there to see it gets done. We tend to focus our attention on lessons, which we sometimes forget are a tiny part of the child’s experience with the instrument. Effectively, a lesson is not much more than a nudge in the right direction, albeit a hefty one. Rethinking our teaching as ‘preparation for practice’ gives a whole different feel to lessons, and can be liberating. It means we can delegate the detail to the pupil, concentrating instead on the vital information they need to work on it for themselves.

Going back to where we started – what about your own practice? Do your pupils want to know that their teacher is also hard at work during the week? You bet they do. That’s not because they think there’s something their teacher can’t do (an illusion which sadly diminishes with time). It’s more of a moral duty – if pupils have to practise and their teacher doesn’t, then that just isn’t fair.

Let’s not be mealy-mouthed about it. We can enhance the quality of musicianship as much as we like, but there comes a point for all of us where the quantity matters as well.