The 8th contest was held in three age categories from 29 October to 8 November in Weimar, Germany 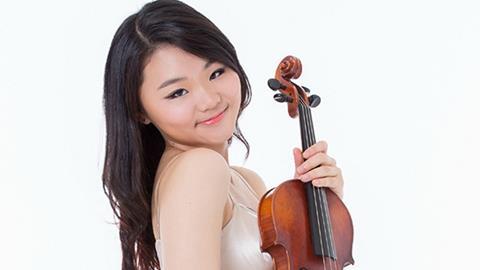 The 8th International Louis Spohr Competition for Young Violinists, taking place place in Weimar, Germany from 29 October to 8 November, has named the winners of its three age categories.

Category 1, for candidates born in or after 2002, is won by Chinese violinist Shihan Wang, who receives a cash award of €1,750. Second prize, worth €1,250, goes to US violinist Hana Chang, while third prize, worth €1,000, is awarded to Marley Erickson from the US.

The top prize in Category 2, for candidates born between 2001 and 1999,  goes to 2016 Menuhin Competition fifth prize winner Anne Luisa Kramb from Germany, who receives €2,500 and an additional €500 for the best interpretation of a Beethoven violin sonata. Second prize, worth €1,750, is awarded to German violinist Elias David Moncado, while third prize, worth €1,250, goes to Sophia Su from the USA.