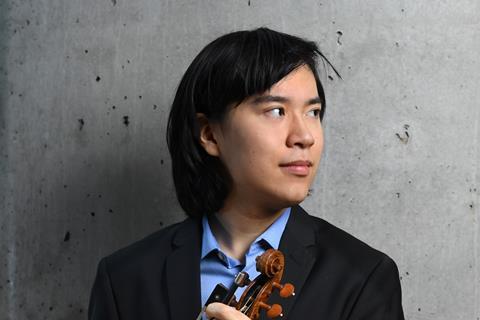 Elias David Moncado has won the  €20,000 top prize at the 5th International Karol Lipiński Violin Competition in Toruń, Poland, with his performance of Bartók’s Violin Concerto No. 2.

Elias David Moncado biography as provided by the competition:

Elias David Moncado was born in 2000, of German/Spanish and Malaysian descent. He started playing the violin at the age of four. Since January 2016, he has been a junior student of the Interlaken Classics Akademie in Switzerland under Professor Zakhar Bron.

As a prize winner of the Deutsche Stiftung Musikleben he plays a violin by Giambattista Rogeri/Brescia (around 1700).