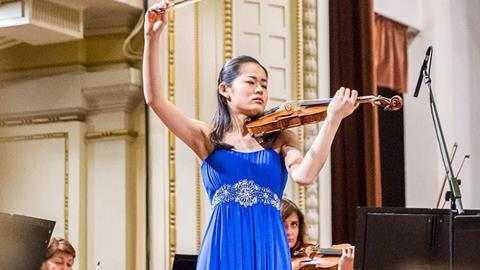 Yurina Arai has been named the winner of the Fifth Jascha Heifetz International Violin Competition in Vilnius, Lithuania.

The 22-year-old Japanese violinist, who triumphed in the final with her performance of Tchaikovsky's Violin Concerto, receives €10,000 and a number of performance opportunities. A student of Natsumi Tamai  at the Tokyo University of the Arts, Arai won first prize at the Grumiaux Competition last year.

Held every four years, the Heifetz competition is open to international violinists under the age of 27. This year's jury was chaired by Gidon Kremer, and featured Ingrida ArmonaitÄ—, Friedemann Eichhorn, RŠ«ta LipinaitytÄ—, Petras RadzeviÄius, Gerhard Schulz and Pavel Vernikov.