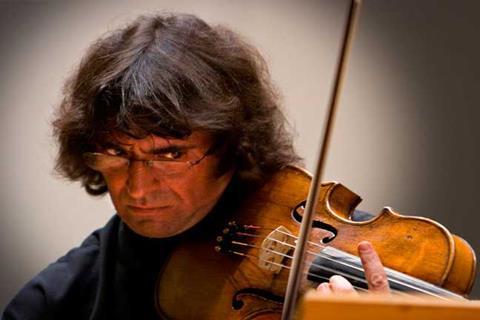 The Russian violinist, violist and conductor Yuri Bashmet has steadily forged a reputation as a bold contemporary artist, unafraid of risk-taking. A graduate of the Moscow Conservatory, where he studied with Vadim Borisovsky and Fyodor Druzhinin, he was the first violist to perform a solo recital in such venues as New York's Carnegie Hall, the Amsterdam Concertgebouw and the Barbican in London. He embarked on his conducting career in 1985, and, in 1992, founded an orchestra of Moscow Conservatory graduates, which tours and records extensively. Bashmet plays on a 1758 viola made by the Milanese luthier Paolo Testore.