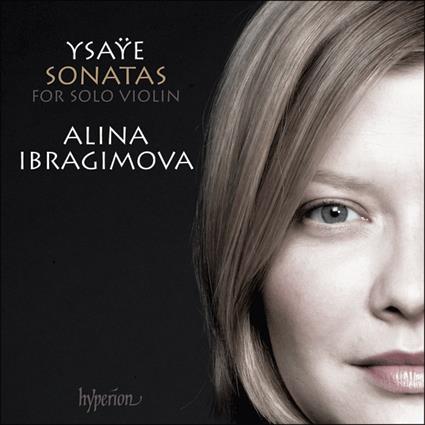 Alina Ibragimova is one of today’s most unassuming virtuoso violinists, her approach to Ysaÿe’s sonatas offering a perfect foil to those performances seeking to thrill with a show of outgoing brilliance. That point is made abundantly clear in the introspection she brings to passages in the opening movement of the First Sonata, where the music at times becomes almost inaudible. Even later in the sonata, when the left hand is required to fly around the fingerboard, she is intent on creating passages of gorgeous filigree, and the chords in the final movement are solid rather than hacked out of the instrument as we normally hear.Her bowing dexterity never points to the fact that passages of the Second Sonata require the frequent crossing of strings at speed, that requirement lost in her creation of lyric elegance. This world of beauty equally extends to the pizzicatos in the third movement, which are caressed rather than plucked.

When the mood of the music so requires she is never lacking in drama, and her breathless finale sections of the Third and Fourth sonatas are electrifying in their flawless articulation, while intonation throughout the disc is impeccable. It is a personal view of the work, but one I have greatly enjoyed, and the recorded sound is very forward and vivid.