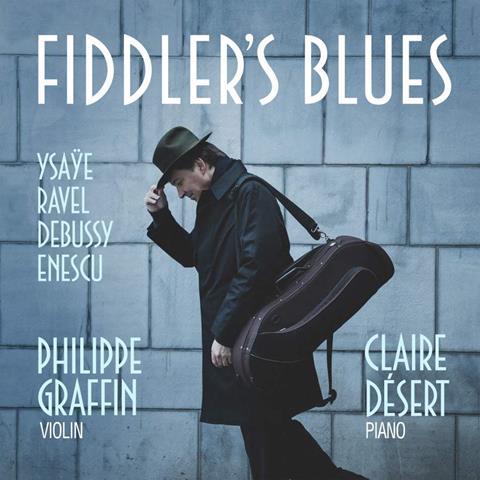 When Fiddler’s Blues presents a clutch of significant world premiere recordings, most notably the pair of Ysaÿe works, it would be all too easy to bill these as the album’s unique selling point. Yet when Graffin’s whole programme sings together with such harmony, to take that line would be almost tantamount to serving a red herring in review form.

Clearly, though, I have to mention the world premieres, not least because all three are rather wonderful. The album’s curtain-raiser is Ysaÿe’s rediscovered seventh Sonata for Solo Violin (see The Strad, February 2019), and this is no half-baked sketch. It couldn’t have a finer first advocate than Graffin; its first joyful bounds are delivered via a bright, shining tone and captured in clear, direct sound.

Further highlights include the chameleon-like palette of myriad shifting colours with which Désert supports Graffin in the Ravel Sonata’s Allegretto; Graffin’s seductive folky inflections in the Enescu Sonata; and the pleasure of hearing Enescu’s lesser-spotted Hora Unirii dancing in such unfettered, flowing form.