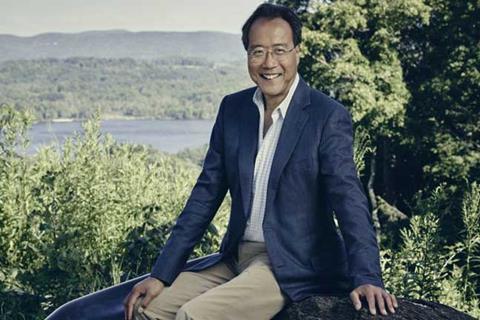 Born in Paris to Chinese parents, Yo-Yo Ma's prodigious talents persuaded his family to move to New York to allow their son to attend the Juilliard School under the tutelage of Leonard Rose. Determined to widen his experiences, however, the cosmopolitan Ma chose to study a liberal arts degree at Harvard University rather than attend a conservatory like many of his peers. After a brief hiatus from music as he underwent treatment for severe scoliosis, the cellist soon began fulfilling his vast potential: the Avery Fisher Prize, which he won in 1978, was to be the first of many accolades. Over the course of a prolific career Ma has produced over 90 albums, performed at various presidential inaugurations, and received the National Medal of Arts (2001) and the Presidential Medal of Freedom (2011). He is known for having an eclectic repertoire, including the standard classics, period Baroque pieces, American bluegrass music and traditional Chinese melodies. Ma's primary performance instrument is 'Petunia' Montagnana cello of 1733.