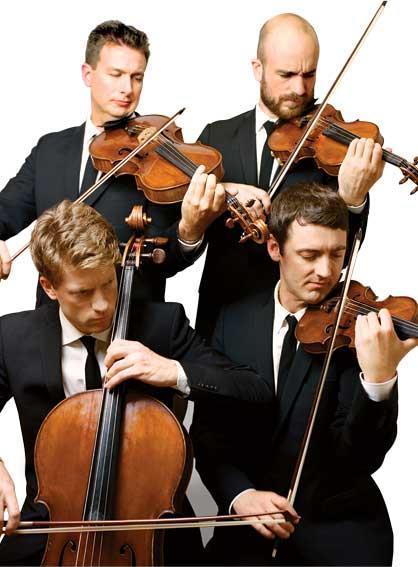 The Los Angeles-based Calder Quartet and the Belgian violist Dimitri Murrath have each been named as recipients of Avery Fisher Career Grants for 2014. Worth $25,000, the grants give professional assistance to instrumentalists judged to have exceptional career potential.

Formed in 1998 at the Thornton School of Music, the Calder Quartet (pictured) comprises violinists Benjamin Jacobson and Andrew Bulbrook, violist Jonathan Moerschel, and cellist Eric Byers. It has commissioned works from Terry Riley, Thomas Adès, Christopher Rouse and Peter Eötvös, and has worked with a wide range of collaborators from pianist Gloria Cheng to the rock band Vampire Weekend. The quartet was featured on the cover of the March 2013 edition of The Strad.

Dimitri Murrath graduated from the New England Conservatory (NEC) in 2008, the same year he received the first prize at the Primrose International Viola Competition. He has worked with artists including Gidon Kremer, Miriam Fried, Laurence Lesser, Donald Weilerstein and Kim Kashkashian, his tutor at the NEC. He has commissioned solo works from Edwin Roxburgh and Michel Lysight.

The executive committee also announced that pianist Charlie Albright would receive a career grant this year. Fellow pianist Jeremy Denk was named the winner of the $75,000 Avery Fisher Prize.