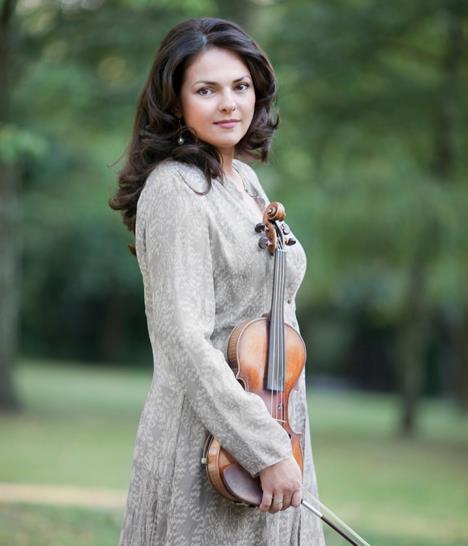 St Petersburg-born violinist Tatiana Samouil is to perform alongside her compatriot Yuri Bashmet in a concert at the closing ceremony of the 2014 Winter Olympics in Sochi this Sunday, 23 February.

The details of the concert are being kept secret, save for the fact that the programme will include an unspecified piece by the 20th-century Russian composer Alfred Schnittke, with Samouil accompanied by Bashmet on viola and an unspecified orchestra.

‘The invitation for Tatiana to perform came via Yuri Bashmet as a result of their artistic collaborations over the years,’ said Barbara Voets of the Royal Conservatoire in Antwerp, Belgium, where Samouil is a string faculty member. She added that Samouil is sworn to secrecy over the details of the concert, but revealed that she would be wearing ‘a magnificent white dress’.

Samouil, 39, has performed with Bashmet and his Soloists of Moscow Orchestra and is a founder member and first violinist of The Malibran Quartet. She plays a 1714 Stradivarius, once owned by Fritz Kreisler.

Other rumoured musical events for the closing ceremony include a performance by a thousand-strong children’s choir and another by Korean jazz singer Nah Youn Sun, supposedly to mark the next Winter Olympics, in Pyeongchang, South Korea in 2018.

The closing ceremony will commence at the symbolic time of 20.14, local time.