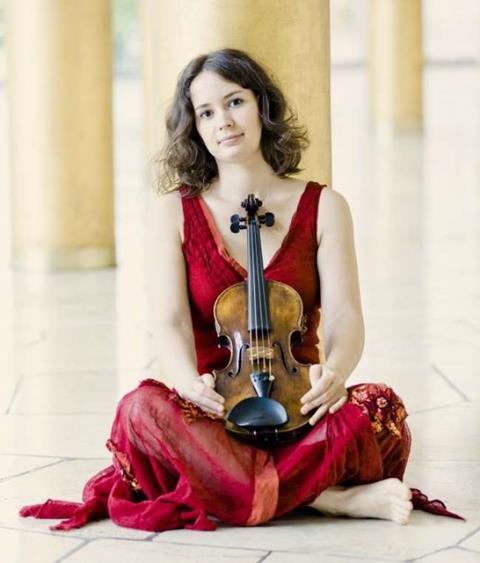 Violinist Patricia Kopatchinskaja received this year’s RPS Music Award for Instrumentalist at a ceremony held at London’s Dorchester Hotel last night. She was described by the jury as an ‘irresistible force of nature: passionate, challenging and totally original in her approach’.

The RPS Awards, presented by the Royal Philharmonic Society in association with BBC Radio 3, celebrate live classical music in the United Kingdom. Winners in 13 categories are chosen by independent juries from the music profession.

Kopatchinskaja, who was appointed artistic partner of the Saint Paul Chamber Orchestra in February, is known for her diverse repertoire, which spans from Baroque and Classical music, often played on gut strings, to new commissions and music of her native country.