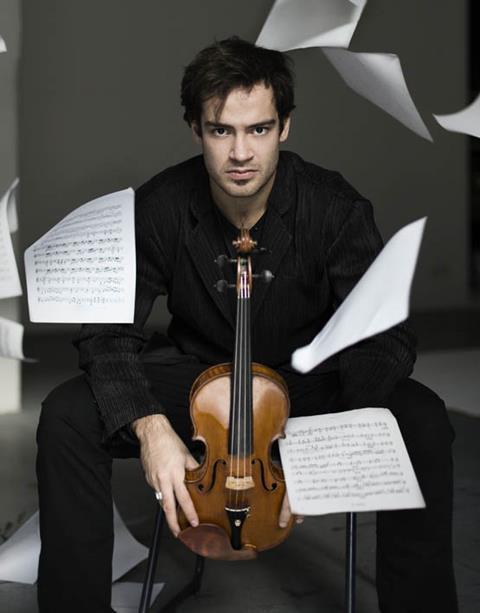 Belgian violinist Marc Bouchkov has been awarded the 2016 Rheingau Music Festival prize, worth €15,000. The 24-year-old will receive the award on 26 July during a winners’ concert at Schloss Johannisberg, near Frankfurt.

In its citation, the Festival jury stated: ‘When one hears Marc Bouchkov playing one of the great Romantic violin concertos, one recalls the golden age of the violin virtuoso, in the tradition of Jascha Heifetz, Leonid Kogan and David Oistrakh.’ It also praised Bouchkov’s ‘seductive, espressivo sense of sound, coupled with flawless technique’, describing him as ‘both a modern and versatile player with an individual artistic personality’.

Bouchkov attended the Paris Conservatoire and currently studies with Boris Garlitzky. He has previously won first prizes at the International Henri Koch Violin Competition and 2013 Montreal International Musical Competition, and was a laureate at the 2012 Queen Elisabeth Music Competition.

Previous winners of the Rheingau Music Festival Award include violinists Iskandar Widjaja and Leticia Moreno, and in 2015 the cellist Pablo Ferrández.