The Turbulent Thirties gave rise to an unprecedented explosion of concertos for the violin from some of the 20th century's greatest composers. American violinist Gil Shaham shares his thoughts on a choice selection from this most pivotal of decades 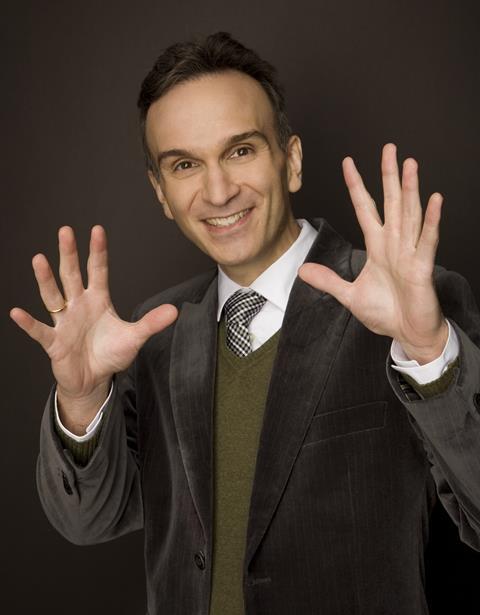 It is a striking coincidence that there was such a confluence of violin concertos by great composers between 1931 and 1939. In that single decade we have works by Stravinsky, Prokofiev, Bartók, Alban Berg, Arnold Schoenberg, Benjamin Britten, William Walton, Samuel Barber, Roger Sessions and Karol Szymanowski, Karl Amadeus Hartmann, Darius Milhaud, Paul Hindemith and Ernest Bloch, and I've probably left out many others. All the great composers of the 20th century. If you stretch to 1940 you can include Khachaturian’s Violin Concerto as well. The great masters who came before the 1930s, like Debussy, Ravel and Gershwin, somehow never felt the need to write a violin concerto. There’s a wonderful quote from Maurice Ravel who, when asked to write a violin concerto, replied: ‘Why should I write a violin concerto? Mendelssohn already wrote one.’

Why the sudden outpouring of violin concertos in the 1930s? I don't have any answers. An eloquent person once said that in the ’30s the whole world was dancing on a volcano, waiting for it to erupt. Somehow these composers responded to the events of that decade in their violin concertos. The conductor Hugh Wolff once said the last movement of the Barber Concerto sounded like Big City America, with the traffic noise, the skyscrapers going up, the sound of sirens. By contrast, the slow movement is like the plight of rural America, the Dust Bowl farmers and the Great Depression. An element of nostalgia runs through many of these pieces, as in Berg’s Concerto, in the fourth-movement variations on the Bach chorale Ich Habe Genug, where the composer switches between a twelve-tone setting of the melody, with the weeping solo violin on top, to suddenly juxtaposing it with the same phrase echoed by Bach’s original harmony in the clarinets, imitating an organ. There is a sense here of longing for the past and anxiety at what’s to come. What has happened to Old Europe? Where are we going now?

In some of the violin concertos from this decade the music is more autobiographical. Berg wrote his Violin Concerto in a state of grief following the death of his friend Manon Gropius, the teenage daughter of Alma Mahler and Walter Gropius, and he died four months before it was premiered. Britten was at the premiere in Barcelona and afterwards described the experience as ‘shattering’. In Bartók’s Concerto traditional Hungarian violin music is placed in very modern settings, and I think there was an autobiographical element here too, that this juxtaposition reflected the composer’s feelings about what was going on at the time. He was writing about the plight of every émigré, every displaced European who has left their rich heritage behind. He was saying goodbye to Hungary.

Hartmann states in a letter his reason for writing a concerto, the Concerto funebre for violin and strings: ‘This concerto is a reflection of our time’. It was composed during the outbreak of the Second World War and was a reaction to the Nazi occupation of Czechoslovakia. Hartmann was one of the few vocal anti-Nazi artists living in Munich during the Third Reich, and it’s amazing to think that eventually he had to go into hiding in the countryside and smuggle the score to Switzerland for its premiere, which eventually happened in St. Gallen in 1940.

Many people think Britten wrote his Violin Concerto as a reaction to the Spanish Civil War. Certainly there are Spanish elements in the music: the passacaglia at the end; even the ominous drum beats at the beginning introduced by the timpani. It reminds me a little of Britten’s Sinfonia da Requiem in its use of military elements, especially the first movement. The second movement sounds like a battle scene, but then there’s a beautiful trio with a haunting melody that also sounds Spanish. When we arrive at the passacaglia the effect is just devastating. The question of the role of the artist in a time of war was something Britten grappled with, especially as he had decamped to America before the outbreak of war. When he heard reports of the horrors in Europe he was going to enlist, but Aaron Copland persuaded him not to, telling him: ‘Many men can fire a rifle, but how many men can write music like you?’

What is striking about the violin concertos of the 1930s is how different they are. Musically there was an explosion of styles and the world became very small, very quickly. There was the birth of jazz, which runs a thread through some of these concertos: Milhaud’s Concertino de printemps, one of the cheeriest among these concertos, is very jazzy; and Bartók’s Second Violin Concerto. Or techniques like twelve-tone serialism, which is present in the Bartók, Schoenberg and Berg concertos, and also in the William Walton, where a very nice twelve-tone line weaves its way under the D minor first movement. Stravinsky was not keen on the idea of the soloist or of the concerto as a vehicle to show off technique, but finally when he was 31 he wrote the first of the 1930s concertos. He was absolutely clear that his Violin Concerto was not to be interpreted – he talked about Bach and the Bach Double Concerto when he talked about his Concerto. It is really a neo-Baroque concerto grosso, and it reminds me of Vivaldi or, in the second Aria, of Spanish Baroque. There’s an originality in that three-note chord at the beginning – the ‘passport’ chord as he called it – that is very Stravinsky. The word ‘iconic’ can be overused, especially in the arts, but I think in the case of these violin concertos it is apt because they really are symbolic of the times and emblematic of the composers’ individual styles and techniques. They represent a point of departure.