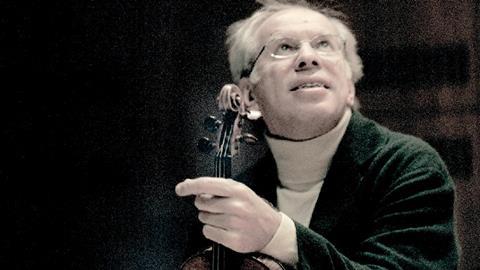 Gidon Kremer has been awarded the Pour le Mérite für Wissenschaften und Künste - an order first created in 1740 by King Frederick II of Prussia and later adopted by Germany as a vehicle for celebrating achievements in science and art.

The Latvian violinist, who will now become a member of the order for life, is recognised for his work both as a soloist and as director of Kremerata Baltica.

The order committee state: 'Although his interpretations respect the best of the traditions, they are still fresh, original and alive. The interest that Kremer has shown modern composers and new music is intense and permanent, and he without any doubts has fostered the development of new music more as any other internationally acknowledged musician.'