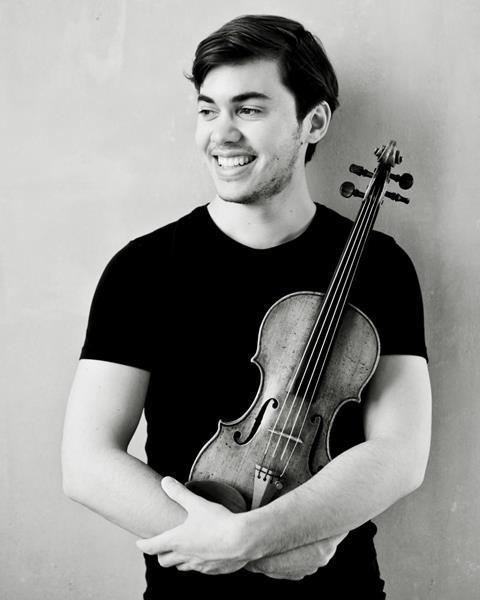 American violinist Benjamin Beilman is to release his debut album, 'Spectrum', in March 2016 on Warner Classics.

The new album includes Kreisler’s Viennese Rhapsodic Fantasietta, the Divertimento from Stravinsky’s The Fairy Kiss, along with works by Schubert and Janácek. Beilman is accompanied on the album by 26-year-old South Korean-born pianist Yekwon Sunwoo, his regular duo partner and fellow Curtis Institute of Music alumnus.

'Yekwon and I have performed these pieces together for years and as we looked to choose the repertoire for our debut album, we realised that the four works featured on Spectrum – while seemingly disparate at first glance – share many common bonds,' explains Beilman. 'The natural lyricism and tenderness of the Schubert highlights the moments of intimacy in the Janácek, which so often expresses pure violence and terror. Stravinsky's dance rhythms and insistent pulse are echoed in the waltz section of Kreisler's Viennese Rhapsodic Fantasietta.'

Beilman, 25, took First Prize and the People’s Choice Award at the International Music Competition of Montreal at the age of 20, and received an Avery Fisher Career Grant in 2012 and a Borletti-Buitoni Trust Fellowship in 2014. The American has performed as a soloist at New York's Carnegie Hall, London's Wigmore Hall, the Auditorium du Louvre in Paris and other major venues around the world.