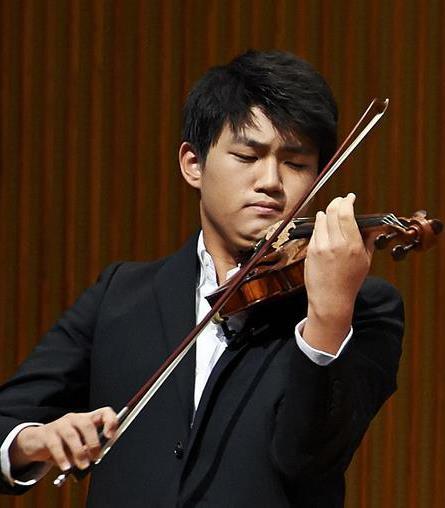 Kyumin Park, 16, from South Korea, and 18-year-old William Ching-Yi Wei, from Taiwan, were joint first-prize winners of the Cooper International Violin Competition in Cleveland, US.

Park (pictured) and Wei each received $10,000. The second prize of $6,000 went to Ming Liu, 18, from China. All three violinists, who performed in the concerto finals on Friday 26 July with the Cleveland Orchestra, were offered full scholarships to the Oberlin Conservatory of Music, each valued at more than $175,000.

The Cooper Competition has been held annually since 2010, and alternates between violin and piano. Twenty-four violinists aged from 13 to 18 competed at this year's event.