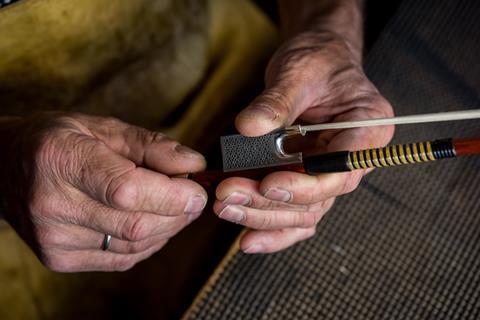 The following is an extract of the ‘Meet your maker’ interview with Peter Herresthal and Christophe Landon in The Strad’s August 2017 issue, out now – download on desktop computeror through The Strad App. 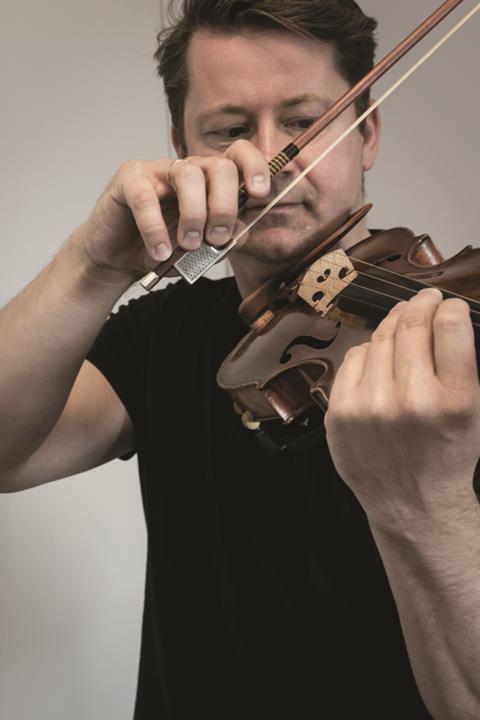 Peter Herresthal: Perhaps surprisingly for such an unusual creation, the feel of the bow was easy to get used to. The tip is also metal, made from gold. But the bow doesn’t feel stiff at all and the balance is perfect. It took me longer to become accustomed to the tone, which at close range sounds something like playing a new set of strings. It’s a bigger sound in all directions. The depth and brightness of sound don’t seem to have affected the efficiency of the stick, but I’d be curious to try the frog on an older bow to see if they worked together in a different way.

Christophe Landon: After I heard Peter Herresthal playing [Kaija Saariaho’s] Graal théâtre, I was sure my titanium frog could help him; the piece is full of overtones, which require the kind of ringing quality the frog provides.

It certainly made a difference to the way the bow was handling, and to the acoustic characteristics as well. It almost seemed as if there was an amplifier attached to the frog; the sound was very wide and expansive, with vibrations that could be felt all the way down the stick. Perhaps the new sound might prove too light and bright for some players, but as with any bow, it will just be a matter of taste.

To read the full interview in The Strad’s August 2017 issue, download on desktop computeror through The Strad App.