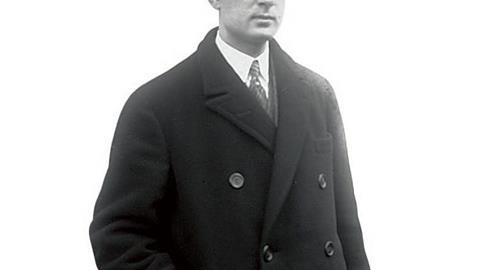 The following article is an extract from a larger feature on Joseph Szigeti as teacher by the Guarneri Quartet's former first violinist Arnold Steinhardt, published in The Strad's October 2013 issue - download on desktop computer or through The Strad App.

Joseph Szigeti would talk about colouration constantly. He’d say, ‘Think of the oboe here,’ or ‘Think of the flute.’ That opened my mind in terms of the violin’s capability to mimic other instruments. Another important thing, which partly came from his Hungarian tradition, was what he called ‘parlando’, the violin’s ability not just to play notes but also to speak. Certainly Szigeti’s playing conveyed the feeling that he was talking. When he played something that was of a melancholy nature, for example, it was as if he was confessing to you from the inner depths of his heart about what that melancholy was. He would speak about that in terms of bow articulation, of how you could talk with the bow.

He considered the four different strings of the violin to be different domains, because they each have not only their own register but also their own tonal qualities. If a phrase were repeated from one register to another, where I would cross strings without thinking, he would go to great lengths to keep one group of notes on one string, the next group on another,the third on a third. He was able to compartmentalise different phrases to an amazing extent. I remember places in the Fauré First Violin Sonata and Bartók’s Second Concerto where he would do that, and show me fingerings that would take advantage of the four strings’ different qualities.

He also made use of imagery. He would write on my music in an already shaky hand. For example, if he wanted me to get into the string in one place to get a lush sound, he would write ‘fat’. He would make references to other music, as well as to orchestral instruments. There was one place in the slow movement of Fauré’s First Sonata where the violin and the piano answer one another, and he put in ‘Chopin dialogue’. He’d say, ‘This is a Chopinesque place – you and the pianist are two lovers talking to each other, each interrupting the other in their eagerness to express their love.’ My music is sprinkled with these images, which were very effective. In my own teaching I use them sparingly, but Szigeti used them in a powerful way. I was very affected by it. He’d give you the feeling of the music but he’d be into the essence rather than the mechanical direction.

He would invent things to solve different technical problems. For instance, in one piece I had to make a quick shift to a very high note and I was uncomfortable. I didn’t do it well and he said, ‘Why don’t you devise some exercises to make you more aware of this distance, and of what your muscles have to do? Since you’re going up to a high A, why don’t you practise going to the high B, and then the C, which will make it that much more awkward and begin to make you aware of the distances involved?’ He never had a method: he’d always approach individual problems with individual solutions.

The full feature on Joseph Szigeti as teacher by the Guarneri Quartet's former first violinist Arnold Steinhardt is published in The Strad's October 2013 issue - download on desktop computer or through The Strad App.