The Strad April 2014 issue is on sale now

Tributes to János Starker, 40 years of the Arditti Quartet and a beautifully decorated bow are among this month's features 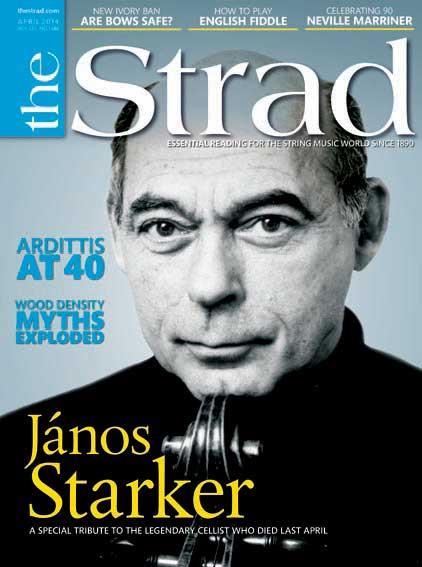 The legendary cellist and teacher János Starker died last April at the age of 88. Friends and former students, including Gary Hoffman, Emilio Colón, Alice Schoenfeld and Tsuyoshi Tsutsumi, remember their fondest memories of the great man, his teaching methods and their experiences with him. As Steven Isserlis recalls: 'Time spent with him was time enjoyed and savoured; his warmth enveloped his friends even as he tried in vain to portray himself as a hardened cynic. (He didn't fool anybody!)'