The importance of making Bach speak 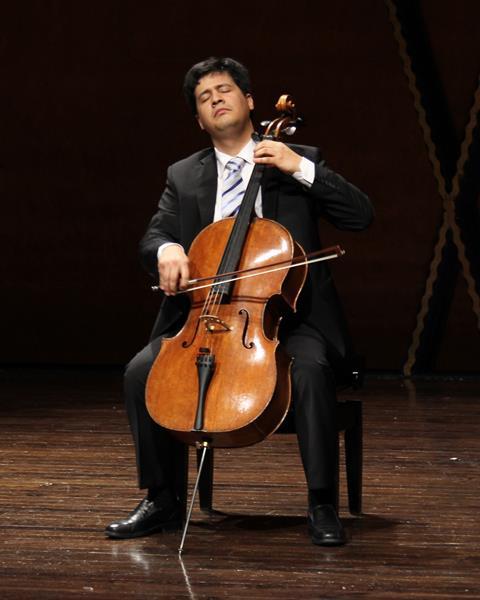 In Bach’s time, the bow was used differently, in a different position, and it had many characteristics that influenced the sound naturally. So when I teach my own students, I usually ask them if they can hold the bow further towards the tip as a Baroque player would, without adding any further comments, to let them have the physical experience. Most of the time I don’t have to say anything more – maybe just mention or remind them about particular things, for instance that every legato you do should be slurred but that the last note should be slightly shorter, just because of the physics of the bow.

That’s what Leopold Mozart wrote in his treatise – that the last note of a phrase should be slightly shorter, and that a phrase should be articulated so that it’s clear it’s a unit of three, four or six, or whatever is written. Otherwise the notes would be so connected with each other that you wouldn’t notice the difference: it would be as if I was speaking and melting several words together in a row. That’s the connection between speaking and the rhetorical aspect of playing. Bach’s music is very much influenced by that.

Everything Bach wrote uses a minimum of two voices, even the Cello Suites. It’s fascinating to compare them with the violin Sonatas and Partitas – they almost seem to me like a study of how few notes you can use and still maintain the illusion of polyphony. The first bars of any prelude are a good example – you have the bass, the middle voice and the soprano. And there’s always a simple cadence near the opening.

If you simplified it even further, you could say that the music is about tension and resolution – those are the basic elements of classical music. In that way, it becomes very close to our human life – it’s day and night, the duality of left and right, up and down, happy and sad. This is very simplified, of course – there are many subtle in-between states as well.

There’s much discussion about whether we’re allowed to use ornaments in the Bach Cello Suites. Some teachers say no, you just have to play what’s written. But we don’t know what Bach originally intended. At that time it was normal to write a piece without any articulation, because the composer would allow the educated musician to improvise ornaments and articulation on the spot. That’s very hard to do nowadays because we don’t have the same kind of musical education that they had. And there were many things that were taught aurally that have been lost – not everything was written down.

There’s one exception, though. There’s one suite – the transcription of the Fifth Suite for lute – which is the only one where we have a copy of Bach’s manuscript. It’s fascinating, and a very good introduction for someone who’s approaching the suite for the first time, so that they can understand that at that time it was normal to arrange music for other instruments or even groups of instruments. In the lute manuscript, the piece is almost always accompanied with a bass continuo, because the lute could do that – it’s in the nature of the instrument. I remember when I first heard a recording of a lutenist playing the suite, it totally changed my perspective on the whole piece. We have similar examples in later music, too – for example Schumann’s Adagio and Allegro, which was originally written for horn and later arranged for cello, or the same composer’s Fantasiestücke, originally for clarinet, also written for cello. Those are later examples that show that kind of thing was common practice.'