The cello wisdom of Gary Hoffman

Singing when you practise can save you years, the cellist tells Ariane Todes 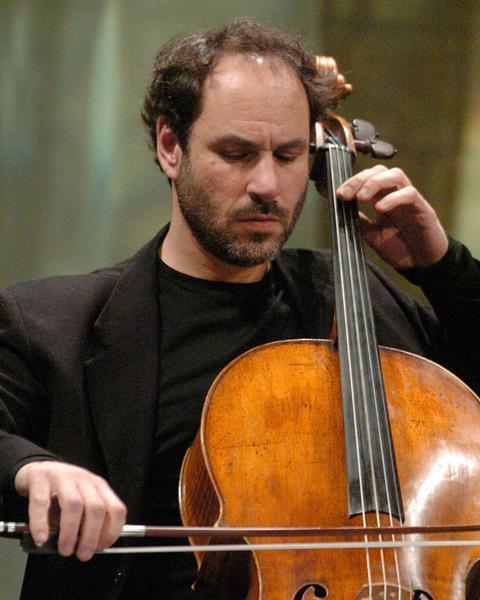 Singing‘Singing is the best way to practise. It saves so much time and goes right to the heart of the matter. Time saving isn’t the most critical thing – if it takes five years to get something right it’s worth it – but if you can find the most natural way in five minutes, why spend five years? We’ve used our voices from day one, long before realising that the cello is hard. I’ve found in teaching that asking people to sing, even if it’s an uncomfortable experience, almost always unblocks technical issues. Right away one is focused on what one wants to hear and the brain sends the right message to the parts of the body that are needed. It also instils the idea that all of these technical solutions should be a result of a musical impulse and not the other way around.’

‘I always encourage young cellists to explore open strings because many are told to avoid them – and harmonics. For me these are colours like anything else. You can use them or abuse them, but I don’t agree with rejecting them without giving them some consideration.’

‘The first thing I do when I learn a piece is to put the piano part in front of me and either to play or sing the cello line, hearing the harmonies and chords, to get a sense the character. These are not things I decide that are then etched in stone, with my whole purpose after that to play that idea as best I can. It’s a constantly evolving process. Sometimes I’m sure that a certain idea is the right one because I hear it but I can’t do it yet, so I give myself more time and the option that I may have been wrong, which happens often. I tell myself it’s okay to change. None of these things are absolute solutions. One always has to be open to another possibility and to the process itself. Experimentation helps one learn and understand that there are many different options. That helps one’s performance be as spontaneous as possible, because one’s objective is not to do the best one can with a preordained idea, but to have an idea of how the piece goes, of what one wants to hear. Having tried many different things, one understands that no idea makes sense unless it relates to the previous idea and to what’s coming up. One can change constantly because of how one feels, the circumstances under which one plays, what one’s partner does.’

’If one goes through hoops to bring out every tiny indication, whether it’s an accent, sforzando or slur, and it sounds like we’re looking at it under a microscope, it takes away the natural quality. One should make these things come out as integral parts of the line without necessarily calling attention to them, unless they are dramatic gestures.’

’A sforzando only has meaning within its context. It’s impossible to make an absolute rule about how a sforzando, fortepiano or sforzato should be played. Ultimately it’s always a combination of right arm and left arm.’

Gary Hoffman's masterclass on Mendelssohn's Variations concertantes was published in The Strad's October 2012 issue - download through The Strad App.