For the American cellist, Brahms’s op.99 Sonata in F major is the alpha and omega of cello playing, allowing for every possible feeling and a vast array of interpretations 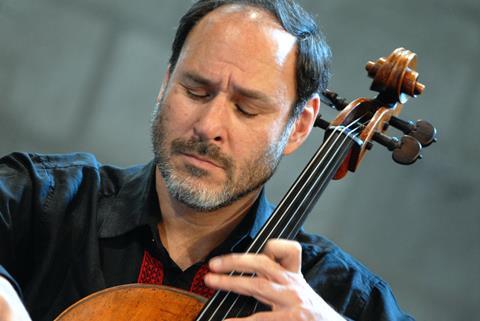 The Brahms F major is my favourite of all the cello sonatas. It runs the gamut of human emotions, from sadness and despair to great joy, as well as inner peace and tranquillity.

In Brahms’s works there’s always a sense of wisdom and balance, but I think he put in everything he knew into this piece, and it became a statement of deep personal meaning.

For me, it’s different every time I come back to it. Like a great novel by Dostoevsky, I always find more layers of understanding, with the emotions and sentiments articulated in a deeper way.

I know that it reflects how I see myself, and that I’m a slightly different person each time. It’s comforting whenever I go back to it, as it now feels like an old friend I’ve known for a very long time and can talk to. It’s also helped me through some difficult times.

I can’t remember when I first heard the sonata, but I do remember practising it for the first time – I couldn’t make a connection with it. There were some moments, such as the opening, that I could understand, but for the most part I was grappling to feel the pulse in the music.

The trouble was that it starts with a series of short, jagged thematic gestures, which form a kind of larger line. That wasn’t what I was used to when I started practising it, and because it was hard to feel the music, I found it hard to play. As I’ve become older and found more reference points in life and art, it’s opened itself up to me, and I can believe I now have an idea of what Brahms was getting at.

He was a composer who was influenced by nature, obviously, and in the summer of 1886 he was surrounded by the mountains of Thun in Switzerland. I think that the sonata might be a kind of abstract tone poem; I can hear a storm brewing in the opening, the wind, thunder and lightning are all there and it’s quite extreme in its power.

The jagged edges I mentioned remind me of the peaks and valleys of a splendid mountain range, and perhaps he imagines himself taking leaps and bounds through the uneven terrain. That’s a Romanticised idea, though, and I certainly wouldn’t argue that it’s exactly what he was thinking!

In a way, what we’re doing when we perform is having a conversation with the music. For that to happen we need to find common points to converse on, and reading around the piece, learning what the composer was doing at the time, gives us those points of reference.

I’ve noticed, for example, that there are many, many obvious connections to Brahms’s Third Symphony, which he wrote around the same time – it’s op.90 and the Cello Sonata is op.99, but they might have been written even closer than that. The opening theme of the symphony’s last movement is identical to the sonata’s third movement melodically, and to its fourth movement rhythmically. It’s as if Brahms consciously took that theme and separated it into two others – the connection is too great for it to be otherwise. I can also hear connections with the String Quintet in F major op.88 and the Piano Trio in C minor op.101 among many other works.

It’s one thing to hear a piece, another to experience it through playing. The F major Sonata is very physical music – the impression one gets of it as it goes through one’s body is very important when it comes to interpretation.

It’s demanding because it goes so far into the cello’s upper register, and you should be making decisions based on the tone quality you need – it might be convenient in big moments to cross over to the D string rather than shift on the A string, for example, but the intensity and power of the music may gain by staying on the A string. It increases the technical risk, but the musical result more than makes up for it.