One of three Vienna Philharmonic concertmasters, the Bulgarian violinist talks about New York street jazz and the musical impact of the internet 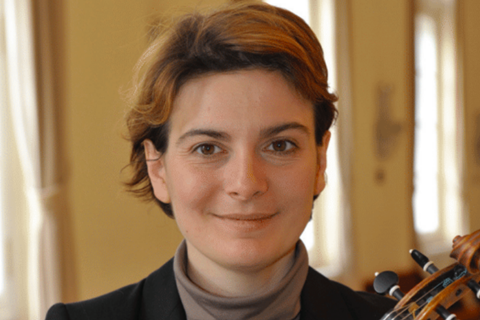 My first teacher taught me and my classmates to associate every sound we made with an image or a feeling – to imagine a world with the notes we were playing.

Even now, I remember how it helped us to understand how to speak to the audience with music as if we were speaking with words.

Nely Jeleva, who taught me between the ages of five and fifteen, was a very gifted young woman who had studied with Elizabeth Gilels in the Soviet Union before returning to Bulgaria.

I think she taught small children like me because, although she was a very fine musician, she was also very shy.

Not many people have heard her name, but I think she was one of the most gifted teachers in the world. Even though our hands were too small to play properly, she showed us how to paint with notes like we’d paint with brushes.

If you spend all your time thinking about the ‘rights’ and ‘wrongs’ of others’ playing it’s impossible to know who you are yourself.

Thanks to the internet, performances today are sounding more and more similar. It isn’t the only reason, but now that it’s so easy to listen to so many different recordings, people no longer feel they have to come up with an interpretation of their own.

I’m not against listening to decent recordings, but I think we should switch the internet off. The technical abilities of many young players are absolutely amazing, and the standard is only getting better – but where is the art?

People are losing the ability to imagine their own sound, instead producing something that sounds a little like one person and a little like someone else. Because they’ve been stitched together from components imagined by other people, interpretations have less and less character of their own.

If you spend all your time thinking about the ‘rights’ and ‘wrongs’ of others’ playing it’s impossible to know who you are yourself. People follow the rules because they don’t want to make a mistake – but why not? They’re just notes!

I heard a fantastic saxophonist on a street corner in Manhattan when I visited the US on a high-school exchange programme. The memory has stayed with me ever since.

I remember thinking even then that it was like a scene from a kitschy film, which might be why I can recall it so clearly even now. The sunset was reflected off the glass of the skyscrapers and this man was improvising with all his heart.

I just couldn’t believe how spontaneous it sounded, or how well the music matched its setting. So many of us work so hard to bring just a little of that freedom to our playing, and so few ever achieve it.

I’ve heard many other street musicians since, but none has ever had the same effect on me as that anonymous man in New York.

This interview is from The Strad’s April 2019 issue, which can be downloaded on desktop computer or via the The Strad App, or in print