The c.1698 instrument went for £1.7m during the sale in Late October 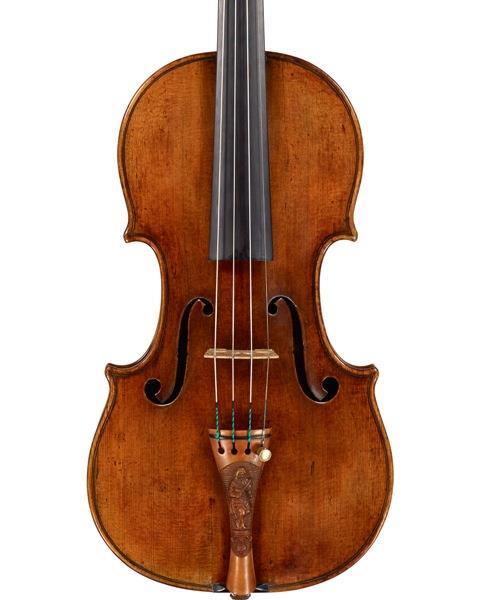 A c.1698 Stradivarius went for £1.7m at the inaugural sale by Beares Auctions, the first foray into the online auction business by London-based instrument dealers J.&A. Beare. Running for three days in late October, the boutique auction also featured instruments by Guadagnini, Vuillaume, Storioni and Nicolò Gagliano, with 66 per cent of lots sold for a total of £3.7m.

As well as inviting bids from registered users, Beares introduced a ‘buy now’ option, where bidders could purchase an item for a fixed price, including VAT and buyer’s commission, days before the bidding opened. ‘The price was fixed somewhere between the low and the high estimate, usually towards the lower end,’ said a Beare’s spokesperson. ‘This was basically to offer a quick sale; the price was agreed with the seller in each case, and not every instrument had a “buy now† button next to it.’ For the higher-end lots, bidders were contacted by Beare’s, who would first establish the potential bidder’s identity and qualification before a sale took place.

Of the 47 items in the inaugural auction, 16 were sold during the auction phase itself and 12 were purchased via the ‘buy now’ option. Post-sale, the 21 unsold items were offered online for one more day, some with lowered reserve prices: 5 were bought post-sale, with 16 items remaining unsold.

The sale’s star item, the c.1698 ‘Cabriac’ by Antonio Stradivarius, has a two-piece back of figured maple with broad flames, and sides of similar wood. The table is made from two pieces of spruce, mostly of narrow grain and with the lower part of the bass side from a different instrument of similar age. The scroll is a replacement. For many years the instrument was the property of the collector Bernie Goldblatt, before which it owned by the Paris-based maker and dealer Emile Francais, the Swiss Habisreutinger collection, and the French Count de Cabriac among others.