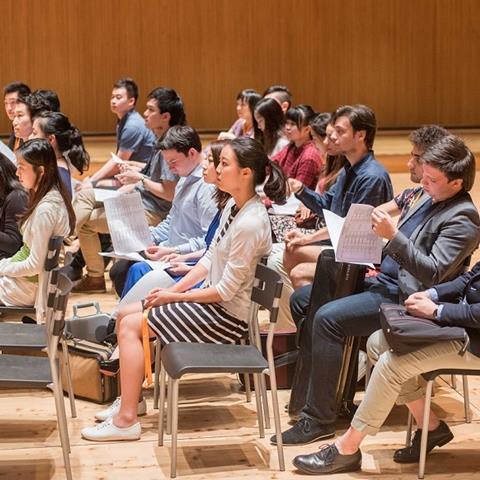 The inaugural Shanghai Isaac Stern International Violin Competition has named the 18 candidates (pictured) who have been selected to progress to the semi-finals, taking place over the next few days. The violinists, aged between 18 and 32, are competing for an impressive grand prize of $100,000.

The semi-finalists, in order of drawing of lots, are: