The ensemble receives a cash award of $25,000 in addition to a three-year artistic and career development programme of concert tours, residencies and recordings 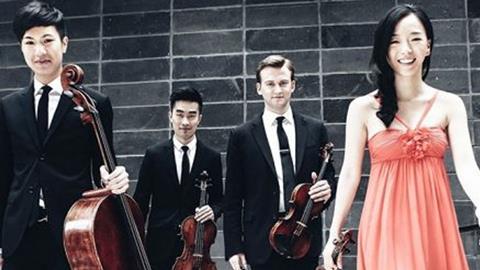 The Rolston String Quartet from Canada has been named the winner of the 12th Banff International String Quartet Competition and takes home over $150,000 worth of prizes - including a cash award of $25,000 and a three-year artistic and career development programme of concert tours, residencies and recordings. The ensemble triumphed over ten competing quartets, who performed in five testing rounds throughout the past week in Banff, Canada.

The seven ensembles who did not make it to the finals each receive a $4,000 career development award.

'As a Canadian musician, it's a lifelong dream to have won this competition,' said Dryda at a press conference following the group's win. 'For all of us, it has always been our goal to play in a professional string quartet and to find colleagues who would work and grow together on this incredible journey,' added Lo. 'Performing different repertoire every day at a high level was very hard,' admitted Lee. 'We were last to play for yesterday's round and finished at 10pm. When we found out that we had made today's final it was close to midnight. After that we didn't sleep!' she said.