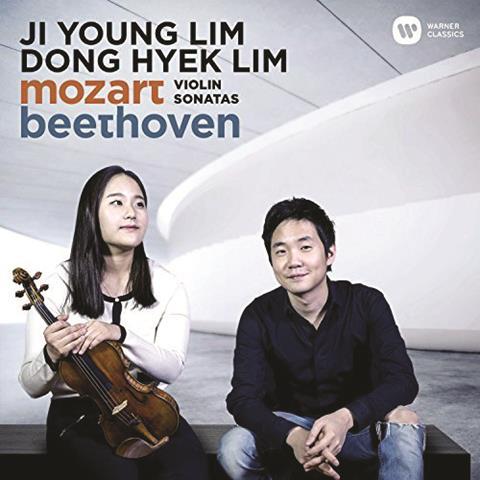 Ji Young Lim is becoming an increasingly familiar name in the string world thanks to her presence on the competition circuit. Now, following her first prize at the 2015 Queen Elisabeth Competition she has made her debut recording with Warner Classics. Appropriately, it draws on her competition successes, the predominantly Mozart programme recognising her 2014 Mozart Prize in Indianapolis, and her violin being the 1708 ‘Huggins’ Stradivari, on loan as part of her Queen Elisabeth win.It’s a poised debut. First impressions of Mozart’s Sonata no.18 are of her lithe, clean, cantabile tone. Then her vibrato: lots of it, but of a girth slim enough to lend warmth without smudging either her spot-on intonation or her unfailingly neat articulation.All this technical perfection hasn’t left personality at the wayside either: there’s a characterful combination of quiet seriousness and sprightly spark.Equally enjoyable is the clear duo feel: she and Dong Hyek Lim beautifully defer to and spar with each other, the sensitive recording supporting their union. Savour their sympathetic polyphonic intertwinings in K304’s Menuetto and their mutual pianissimo sensitivity through K378’s central Andantino. Another highlight is the relaxed, bubbling 3/8 swing of their K378 Rondo. Their Beethoven stylishly rounds things off, expertly marrying its Mozartian stylistic universe with a feistier emotional world. CHARLOTTE GARDNER