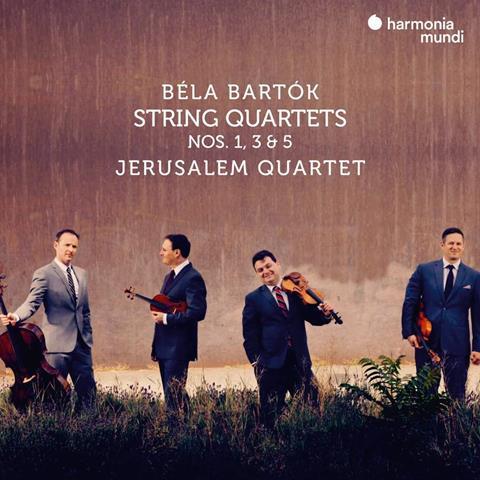 It has taken almost four years for the Jerusalem Quartet to complete its Bartók cycle for Harmonia Mundi. The first disc was reviewed here in April 2017, and this one was recorded (spaciously but analytically) in Berlin in 2019, during which time the same label also released a rival recording of all six quartets from the Heath Quartet (reviewed August 2017). But the newcomer can hold its own in a crowded field. The players begin with a particularly touching account of the first movement of no.1, conjuring up a sound that is heartfelt but avoids sentimentality. In their hands the central Allegretto then acts as a cautious bridge to the ‘return to life’ of the finale (to quote Kodály’s description).

The musicians give a polished performance of no.3, the shortest and most concise of the six quartets, which perhaps misses some of the deliberate rough edges that Bartók seems to intend in his panoply of extended playing techniques. Sometimes virtuosity can mask the daring of the writing.

Ensemble is at its most impressive in no.5, where the four players can sound as if they are one. It’s an energised interpretation, belying the fact that, as with most groups in this work, the Jerusalem often plays more broadly than Bartók’s optimistically precise duration indications suggest.