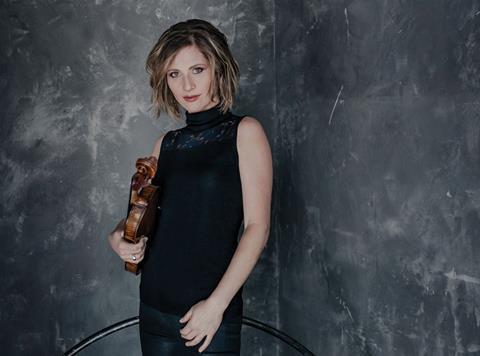 This was a concert of sensuous, richly coloured music, with Michael Tippett’s The Rose Lake to open and the world premiere of the Suite from Debussy’s Pelléas et Mélisande, arranged by Alain Altinoglu, to close. Between them was the most highly perfumed work of the evening, Szymanowski’s First Violin Concerto. After the hazy orchestral opening Lisa Batiashvili showed immediately that she has one of the concerto’s crucial requirements: the ability to play up in the stratosphere with perfect intonation, tonal beauty and ease. Her sound was silvery and always beautifully focused. She showed a chamber music player’s empathy with the BBCSO, particularly the wind players.

There was great variety of personality in her playing, closely following Szymanowski’s precise markings, scherzando, grazioso, capriccioso… She played the cadenza with elan, double-stopped trills and all, again with just the right amount of fantastico and capriccioso asked for in the score (although not by Szymanowski; Paul Kochański, who helped him with the violin part and later gave the US premiere, wrote the cadenza). Batiashvili was intense, playful, light of touch, exotic and always gorgeous. In The Rose Lake, his last major work, the balletic movements of the percussionists playing an array of rototoms spread across the orchestra was a visual bonus. The Debussy Suite, performed with sensitivity and mystery, deserves a place in the concert repertoire.